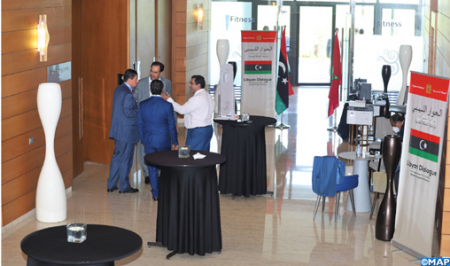 Emirati newspaper “Al Khaleej” has shed light on the important role played by Morocco in ensuring the success of the Libyan Dialogue held last week in Bouznika between the delegations of the High Council of State and the Parliament of Tobruk.

In an article published this Monday, the publication underlines that the past two weeks have been marked by important developments in the Libyan issue on the way to achieving a political settlement of the crisis in this country.

Morocco, represented by Minister of Foreign Affairs Nasser Bourita, played a “facilitating” role in the Libyan Dialogue which took place in a serene atmosphere, backed by the common will to meet the aspirations of the Libyans for stability, security and the building of a modern state, which guarantees equality, global development and neighborliness, far from foreign interference, the publication stresses in the article relayed by Moroccan News Agency MAP.

“The Bouznika dialogue was inspired by the Skhirat agreement signed five years ago and which enjoys the support of the international community although some parties do not respect it or call for amendments to its provisions”, the article states further.

“Al Khaleej” also underlines the positions of public opinion against the persistence of the crisis, particularly its military aspects, as well as the huge losses in the economic and oil sectors, noting that only the Libyans are capable of reaching solutions to the crisis in the country.

Given the “serious” nature of the Bouznika dialogue, the delegations of the Libyan High Council of State and of the Tobruk Parliament have agreed to resume talks during the last week of September, it says.