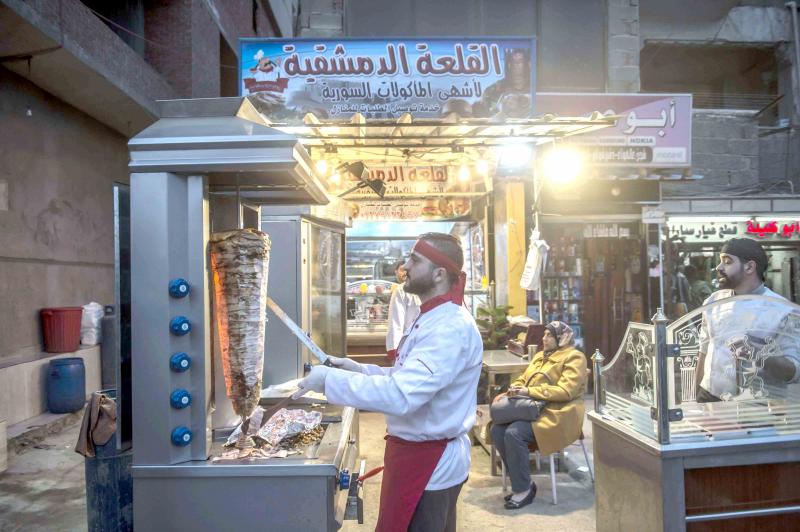 Egyptian President Abdelfattah al-Sisi has ordered Minister of Local Development, Mahmoud Sharawi to ensure that Syrians shop owners are not issued new shop license over conspiracy with Qatar and banned Muslim Brotherhood allegations, The New Arab reports.
Sharawi, the London-based media reports citing its Arabic language service, Al-Araby Al-Jadeed, last month sent an internal circular to all governors and deputies demanding halt to the commercial license issuance to Syrians, unless they have direct approval from the interior ministry.
The circular order issued on 11 August came from Al-Sisi following cabinet discussions on the financial status of Syrian refugees, in the most populated Arab country.
The decision was made based on Syrians excelling as entrepreneurs in Egypt “within a short period” of time “despite financially suffering when they first arrived”, The New Arab reports. The community in Egypt according to the circular are conspiring with Qatar and the Muslim Brotherhood.
“There are some reports indicating that Qatar finances the Syrians residing in Egypt from shopkeepers, through members of the Muslim Brotherhood, with the aim of forming a new economic entity for the group, enabling it to participate in financing its (banned) activities inside and outside the borders. The Egyptian state,” the report claimed.
“The presidency’s directives will be implemented not to issue new licenses for commercial shops owned by Syrians, or to participate in companies that own them, except after obtaining the approval of the security services, and provide us with a statement of the names of Syrians,” the statement added.
Egypt, UAE, Bahrain and Saudi Arabia have since 2017 cuties their diplomatic ties with Qatar over the small Gulf country’s alleged support for terror groups including Muslim Brotherhood categorized by the quartet as terror organizations.
Syrian refugees residing in Egypt according to UNDP’s report titled “Jobs make the difference” issued in 2017 invested nearly $800 million since the beginning of the Syrian crisis in 2011.