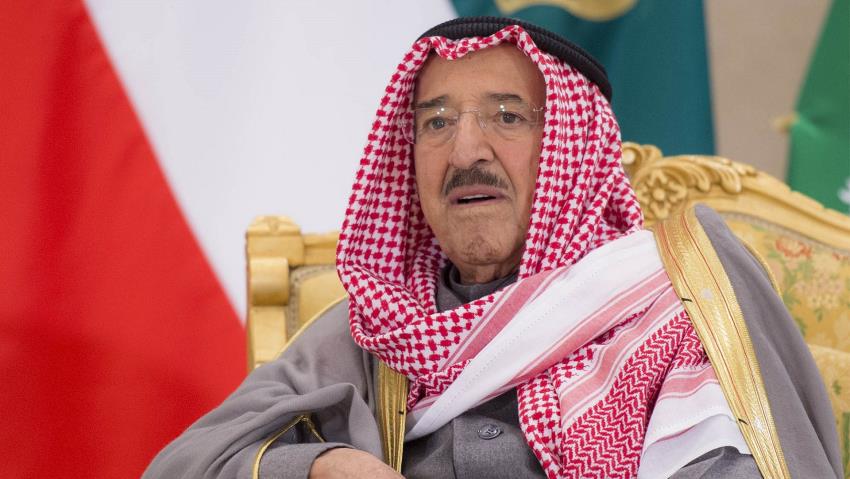 Kuwait’s ruler Sheikh Sabah Al-Ahmad Al-Sabah is to travel today July 23 to the U.S for medical treatment after being admitted to hospital late last week.
State-run news agency KANU Wednesday said the medical team of 91-year old leader advised him to to fly to the US so he could “complete treatment after a successful surgical procedure”.
The agency did not elaborate on the Sheikh Sabah’s condition but the one who has been ruling the Gulf country since 2006 was admitted to hospital for medical checkup.
The state, via KTV1, one the country’s public TV channels broadcasted a prayer for the emir’s “safety and exit from the hospital”, The New Arab reports.
The medical trip to the U.S will be the second in less than a year by the Kuwaiti leader. He travelled to the U.S last year in September for medical tests which forced him to cancel his meeting with President Trump at the White House.
He went under knife and had his appendix removed in 2002, two years after having a pacemaker implanted. In 2007, he also underwent urinary tract surgery in the US.
Saturday the royal court announced that the Emir has vested some power temporarily upon his chosen successor crown prince Sheikh Nawaf Al-Ahmad Al-Sabah.