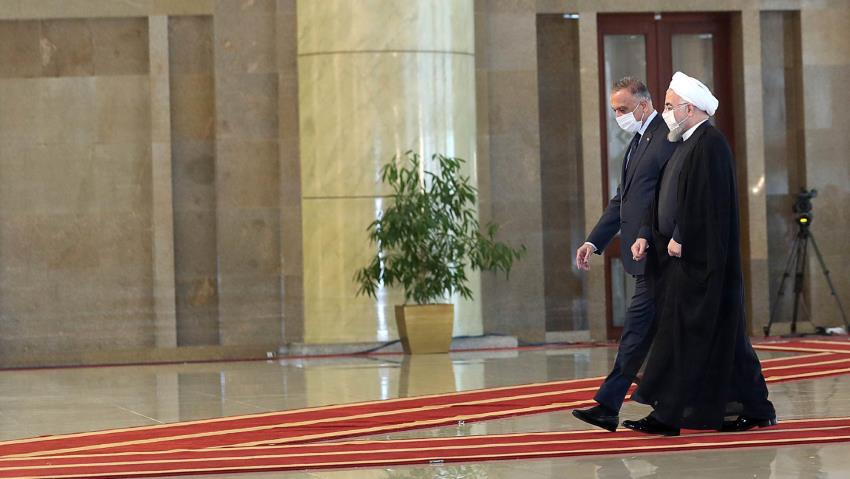 Iraqi Prime Minister Mustafa al-Kadhimi Tuesday pledged to protect Iran’s sovereignty as he made his first foreign visit to the Islamic Republic.
The US ally met with Iranian President Hassan Rouhani in capital Teheran. The Iranian leader according to the media reports indicated that the visit heralds a “turning point in relations between the two countries.”
“We still remain ready to stand by the Iraqi nation and apply efforts for stability and security in Iraq and the region,” Rouhani added.
“Iraq will not allow the posing of any threat from its soil against Iran,” Khadhimi replied.
Iran is very wary of US military presence in Iraq. President Trump also early January ordered the assassination of Iran top military commander Qasem Soleimani, killed in air strikes outside Baghdad’s international airport.
Iraq condemned the act and demanded the withdrawal of US and international forces present in the Arab country.
The visit came following that Iran’s top diplomat Mohammad Javad Zarif traveled to Baghdad over the weekend. Zarif visited the scene of Soleimani’s assassination. The Iranian official, The New Arab reports, said “Iran-Iraq relations will not be shaken” despite the general’s death.
Iran wields a huge influence in Iraq where it backs Shia paramilitary forces who participated in the defeat of the Islamic State in 2017. Iran-backed forces have vowed to weed out the US forces.
The former Iraqi spy Chief was scheduled to visit Iran’s rival Saudi Arabia first but the trip was cancelled after King Salman was admitted early this week to hospital. He is also set to visit Washington next few months.