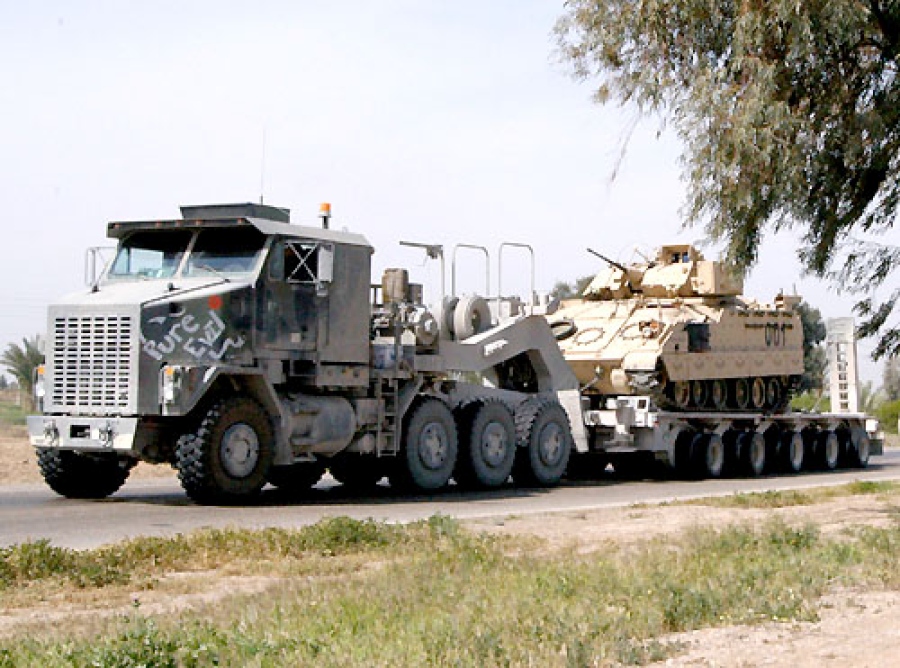 A supply convoy to US troop in Iraq was hit Wednesday in two roadside bomb attack in the southern province of Dhi Qar province, reports say.
The attacks which occurred on the Al-Bathaa road targeted trucks carrying logical support for US troop. The blasts according to a police captain unauthorized to talk, blew up a tire and damaged some of the trucks and their load.
No group claimed responsibility of the attacks. This is the second attack of its kind in less than two weeks after unknown gunmen set fire to three trucks carrying equipment and military vehicles for US forces and the international coalition in the southern Al-Diwaniyah province, Middle East Monitor reports.
US troops and international forces stationed in the Arab country have been under increasing pressure to leaving the country after US airstrikes killed to Shia paramilitary commander and Iran’s top military commander Qasem Soleimani early January this year Qasem Soleimani.
Iraq condemned the act and demanded the withdrawal of US and international forces. Pro-Iran Shia forces have stepped up attacks against US positions in the country including the US embassy in the highly guarded green zone area.
Several rockets and projectiles have landed near the embassy on multiple occasions in the reprisal of the January assassinations.