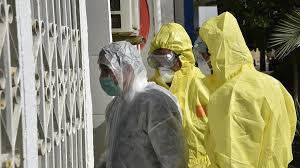 Algeria Thursday re-imposed a partial lockdown in 29 governorates in a move to curtail a spike in covid-19 cases.

The North African country has witnessed in recent days a steady increase in number of cases.

An average of 500 cases have been reported daily since the beginning of this week. At least 585 cases were reported on Thursday July 16.

The Algerian government has banned traffic from and to the governorates. The emergency measure will last for 10 days.

Algeria in March closed it borders and imposed a lockdown as parts of efforts to stem the spread of the respiratory disease. The measure was partially lifted on June 29th – a move several observers believe caused the surge in numbers because people brought their guards down as beaches reopened, and people resumed family visits and holding weddings.