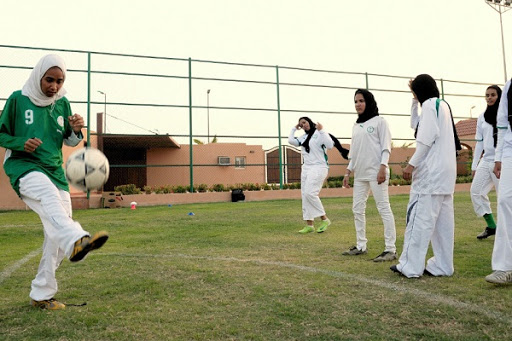 The kingdom of Saudi Arabia is seeking investors to set up and manage a women’s sports club as part of the Gulf country’s ongoing campaign to promote women’s sports.
The future sports club will cover 8,705 sq m and will be located on a plot of land at the intersection of Salim Bin Obeid Road with Umaymah Bint Qais Al-Ghaffariah Road in Madinah region, Trade Arabia reports the Saudi news agency SPA.
The center will feature a large gymnasium equipped with sports equipment and machines, especially for fitness, body-building and lightweight training, in addition to other services, SPA notes.
The investment opportunity presented to businessmen and investors comes within the mayoralty’s endeavor to stimulate economic activity in the city and contribute to improving the quality of life and providing multiple options to the people, the agency added.
As part of its 2030 vision, women sports have taken an important position in the kingdom’s plans to open to world and diversify its economic avenues.
In December, the Shoura Council called on the General Sports Authority to investigate the most appropriate manner of setting up and supporting the construction of women’s sports clubs across the country, Givemesport.com reported.
The 2030 vision spearheaded by Crown Prince Mohamed bin Salman, is seeking to increase the number of women playing sport from 13 per cent to 40 per cent.