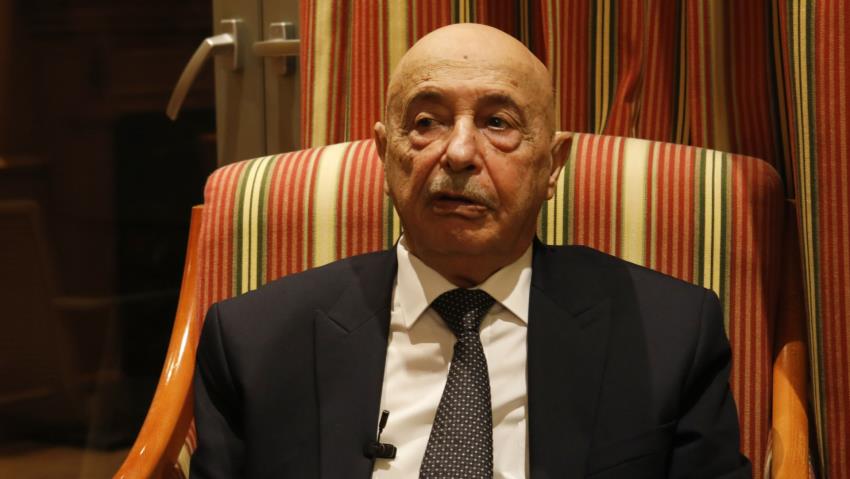 Head of the Libyan House of Representation (HoR), Aguila Saleh, made an unannounced visit to Algiers, which has offered to mediate between Libyan factions.

The HoR leader, based in the east, has emerged as the new leader of the Libyan administration opposed to the UN-backed Government of National Accord (GNA). Following rebel Gen. Khalifa Haftar’s military failures in recent months, Saleh rose to fame and appears to enjoy international recognition as an interlocutor of the GNA in the Libyan crisis.

He appeared on the side of Egyptian President last week when the latter presented a peace deal after the string of defeats by his protégé Haftar.

Salah has proposed a political initiative, which has earned the backing of Russia, UAE and Egypt.

The visit to Algiers came a day after Algeria said it is keen to host the Libyan factions for talks and help organize elections to create a Libyan state by Libyans.