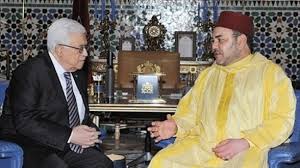 King Mohammed VI had vetoed US Secretary of State Mike Pompeo’s request to visit the kingdom along with Israeli Prime Minister Benjamin Netanyahu.

Mike Pompeo visited Morocco last Thursday. He shortened his trip to one day and could not meet with the Moroccan monarch.

Israeli reports note that Netanyahu who met Pompeo in Portugal on the eve of his trip to Morocco wanted to join the US official as he pushes to normalize ties with the Arab country with which Israel has no diplomat relations.

Netanyahu’s office has branded the reports as a “lie”.

Reports last week indicated that Netanyahu hoped to upscale relations with Rabat as he seeks to achieve a “real diplomatic accomplishment” to bolster his political chances before the Knesset’s December 11 deadline to tap a lawmaker to form a government, Times of Israel reports.

Rabat also reportedly refused to discuss with Pompeo the issue of normalization of ties with Tel Aviv.

This is not the first time King Mohammed, a staounch supporter of the Palestinian cause, shuns the Israeli leader. In 2017, he refused to attend a summit in a West African country to avoid meeting Netanyahu.