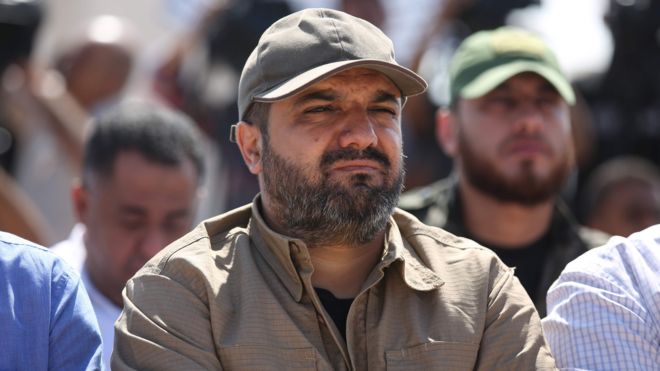 Israeli forces have killed a top Islamic Jihad commander in an air raid on his home in Gaza City, threatening to unleash another devastating round of violence, Aljazeera reported.

The Palestinian group announced the death in a statement on November 12, after Israel confirmed it had hit Bahaa Abu al-Ata,in an attack

According to bbc.com, an Israeli warplane fired a missile at a residential building in the eastern Shejaiya area of Gaza before dawn on November 12, causing an explosion that could be heard from kilometers away. The missile hit the third floor, killing Abu al-Ata and his wife.

The Israel Defense Forces (IDF) said Abu al-Ata was “responsible for most of the terror attacks in the last year from the Gaza Strip”, including the launching of rockets towards the southern Israeli city of Sderot in August and earlier this month.

“This arch-terrorist was the main perpetrator of terrorism in the strip,” Prime Minister Benjamin Netanyahu told a news conference in Tel Aviv. “He was in the process of planning more attacks… He was a ticking bomb.”

He warned there could be a protracted period of tensions with militants in Gaza.