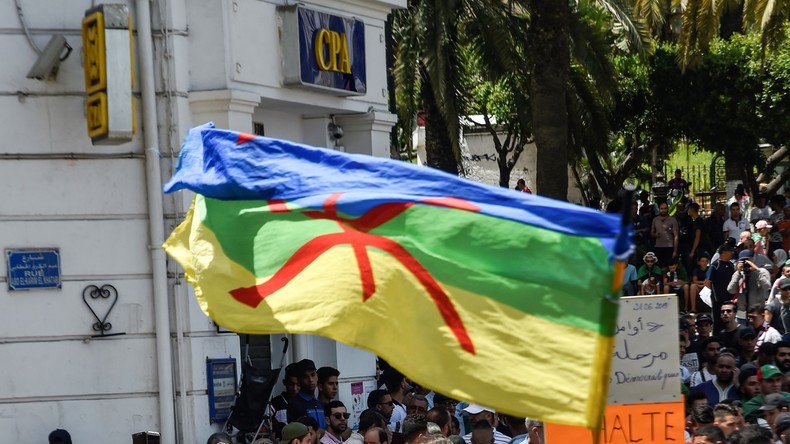 Because they have borne Berber minority’s flag during anti-regime protests, more than 42 Algerians were arrested and 28 of them were judged and sentenced Tuesday, Nov.12.

According to the National prisoners’ Liberation Committee (CNLD), a court in the capital’s Sidi Mhamed district sentenced 22 of the accused to 12 months in prison – half of it suspended – and fines of 30,000 dinars ($275), while six detainees were handed six months in jail.

Said Salhi, vice president of the Algerian human rights group LADDH, condemned the ruling as “heavy, hard and unexpected”, and said the defense team, made up of almost 70 lawyers, would appeal the verdict, AFP reported.

Protesters had gathered outside the court on Monday ahead of the late night ruling, calling for freeing the detainees.

Salhi told AFP that the convictions “threatened the unity of the Algerian judicial system” after several demonstrators put on trial in other provinces on the same charge had been acquitted.

Today.rtl.lu indicates that Algeria is home to some 10 million Berbers, most living in Kabylie, a mountainous region to the east of Algiers that has long suffered marginalization. They are descendants from the pre-Arab inhabitants of North Africa and still have a presence across the region, particularly in Algeria and Morocco.

Algeria has been rocked by months of street protests demanding an overhaul of the entire political system. Presidential election is announced for December 12 and campaign begins on November 17.