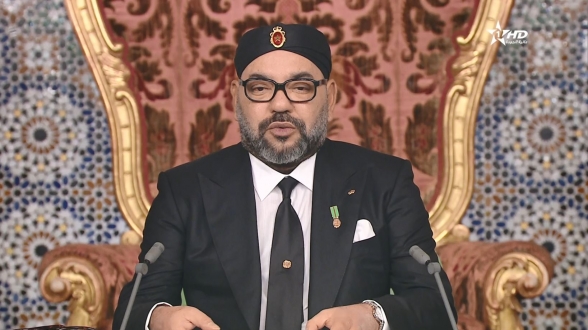 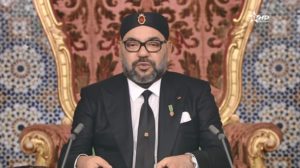 Morocco has renewed resolve to work in good faith to achieve a political, realistic, practical and consensual solution to the Sahara issue, a solution guaranteeing full respect for the Kingdom’s national unity and territorial integrity.

Morocco “will continue to work honestly and in good faith to achieve a political, realistic, practical and consensual solution based exclusively on the political approach adopted by the United Nations Organization and the relevant Security Council resolutions,” said King Mohammed VI on Wednesday.

This came in a speech the king delivered to mark the 44th anniversary of the Green March that enabled Morocco to recover its Southern provinces from the Spanish colonizer.

“The Autonomy Initiative provides for that solution, given that it is not only serious and credible, but also rooted in sound principles. It is the only way forward towards a settlement guaranteeing full respect for the Kingdom’s national unity and territorial integrity,” the Monarch underlined.

“Morocco has always been clear in its position concerning the Moroccanness of the Sahara as much as in its firm belief in the justness of its cause and the legitimacy of its rights,” he added.

This strong belief has been reinforced by the growing number of States – now more than 163 – which do not recognize the fictitious entity claiming the independence of the Sahara.

It is also confirmed by the partnerships and agreements which have been signed by Morocco with the influential powers as well as with many countries and sister nations, and which concern all the Kingdom’s regions, including the Saharan provinces, the Monarch said.

King Mohammed VI, who stated further that the Moroccan Sahara is the country’s gateway to sub-Saharan Africa, recalled that ever since he ascended the throne, he has put Africa at the heart of Morocco’s foreign policy.

This close relationship with Africa was translated by the visits the Monarch paid to numerous African countries, and the about 1,000 agreements concluded between Morocco and African States.

“This has had a tangible impact on Morocco’s economic, political, cultural and religious standing on the continent,” the Monarch said.

Renewing his firm resolve to make Morocco a key player in shaping the Africa of the future, King Mohammed VI underlined Morocco’s ambition “to increase the volume of trade with other African countries, to boost Morocco’s investments in the continent and to launch a new phase based on mutual benefit.”

Yet, the Monarch noted, the achievement of these goals hinges on the fulfilment of Morocco’s commitments as well as on expanding its presence in Africa.

“Ours is a collective responsibility to safeguard our national unity and territorial integrity, and to promote comprehensive development throughout Morocco.

At the same time, it is our responsibility to strengthen the humanitarian, economic and political relations binding Morocco to other African countries,” the Monarch said.

“My keenness to achieve fair, balanced development in all the Kingdom’s regions is just as strong as my commitment to establishing sound, solid relations with sister Maghreb countries,“ he said.

He emphasized the need of a stronger Maghreb to meet the ambitions of the youth and the corporate community for an integrated region.

The King also pointed to the importance of an effective Maghreban partner both for European, African and Arab partners.

However, “hopes just like expectations, are running high; and the challenges are many and complex,” said the King, deploring that “some are not taking the situation seriously,” and warning of the consequences of inaction and limited development on the peoples of the five Maghreb countries.