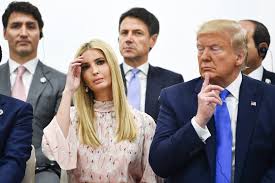 Daughter and senior advisor of US President, Ivanka Trump, will visit Morocco this November, as part of her promotion of the Women’s Global Development and Prosperity Initiative launched in February for developing countries.

Ivanka according to the White House is expected in the North African country Nov.6-8.

The US official will be accompanied in the trip by Sean Cairncross, CEO of the Millennium Challenge Corporation, an independent US foreign aid agency that provides grants to developing countries to help promote economic growth, reduce poverty and strengthen institutions.

She will meet with Moroccan officials in capital Rabat and Casablanca. On the build-up to the trip, Ivanka praised the kingdom indicating that the North African country is a valued US ally that has “taken strides” under King Mohammed VI to promote gender equality.

Also in August Ivanka lauded the kingdom after the government initiated the amendment of the inheritance law, putting men and women on equal footing.

The Women’s Global Development and Prosperity Initiative, launched by President Donald Trump seeks to provide economic assistance to 50 million of women in developing countries over the next six years in view of lifting women out of poverty.

Before her trip to Morocco, Ivanka Trump visited Ethiopia and Cote d’Ivoire in April. She also toured in September Argentina, Colombia and Paraguay.