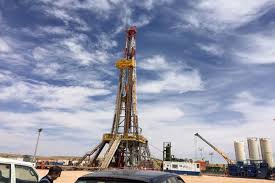 Sound Energy company has sealed an agreement with Morocco’s Office National de l’Electricité et de l’Eau Potable (“ONEE”) for the sale of the Company’s natural gas production in the Tendrara concession in Eastern region of the North African country.

The deal covers the first 0.5 bcm per annum (approximately 48.4 MMscf/d) of production of natural gas with the arrangements for further production above this level (including up to and beyond the mid case production rate of 60MMscf/d used in the concession.
The gas is priced and sold to ONEE at the M04 tie in point of the Gazoduc Maghreb Europe pipeline.

The agreement sets a fixed unitary price for a minimum annual volume of 0.3 bcm per annum (approximately 29.0 MMscf/d or 10.13 MMbtu per annum), which will, once implemented, result in first year gross revenues attributable to the Tendrara concession (100%) of US$84 million.

By agreeing a fixed price for the initial take or pay volumes the Company will benefit from a portion of its revenues not being subject to fluctuations in the commodity prices which in turn should provide higher certainty for the funding needed for the construction of the infrastructure to achieve production.

The agreement also stipulates a 10 year initial term and will be automatically renewed for further periods of five years thereafter, unless terminated by one of the parties with one year’s notice.