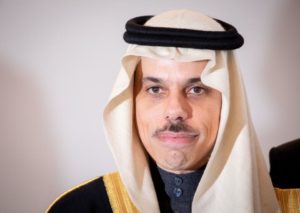 King Salman Wednesday conducted a partial cabinet reshuffle with the appointment of a new foreign minister less than one year after replacing Adel al-Jubeir.

The new top Saudi diplomat is the kingdom’s envoy to Germany. The 45-year old man also served as a key advisor at the Saudi embassy in Washington at the time journalist Jamal Khashoggi was murdered in Turkey.

Assaf, a former detainee in the 2017 anti-corruption campaign in which 11 princes and dozens of officials and businessmen were clocked up, was appointed amid growing pressure on the kingdom to shed light on the assassination of the critic journalist in the Saudi consulate in Istanbul in October last year.

The former foreign minister is demoted to minister of state, the agency also indicated.

Faisal bin Farhan Al-Saud’s appointment comes amid lingering pressure on the kingdom over circumstances involving the death of former Washington Post columnist, as well as international pressure for the end of the kingdom’s campaign in Yemen where it has been leading an international coalition against Iran-backed Houthi rebels.

The campaign has dealt more blows to civilians than to the rebels.

The Gulf giant is also seeking western support against its archenemy Iran that it accused for launching two missile attacks on its oil installations in mid-September.

Iran has denied any wrongdoing while its proxies in Yemen claimed responsibility for the attacks that disrupted the kingdom’s oil production.