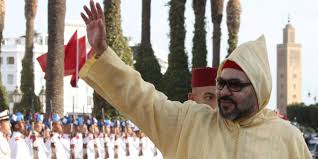 King Mohammed VI stressed the social role that Banks and financial institutions have to play in supporting Morocco’s development efforts through notably facilitating access of young graduates and SMEs to funding.

The King insisted, in a speech at the opening of the Parliament’s fall session, that banks and financial institutions should be at the heart of the development endeavor and should shoulder their social role.

“Several segments of society still have a negative perception of the banking sector, as if banks were only interested in quick, guaranteed profit,” said the King, citing the difficulty young entrepreneurs have in obtaining loans, and the limited financial support provided to graduates and for the creation of small and medium sized enterprises.

The Monarch called for a change in mindsets within the banking sector by putting banks at the heart of contributors to the development momentum with regard to financing revenue-generating activities.

“In this respect, and in addition to the financial support they give to large businesses and companies, I am calling on banks to play a greater social role in promoting development, especially by simplifying and facilitating access to loans, by being more open to self-employment projects and by financing the creation of small and medium sized enterprises,” he said.

To that end, the King called on the government and the Moroccan Central Bank to coordinate with the Professional Group of Moroccan Banks in order to develop a special program to provide financial support to young graduates and fund small self-employment projects.

Such a plan should be inspired by other projects that have had a positive impact on the young people concerned, their families and the community.

This plan should first enable young entrepreneurs from various social backgrounds to obtain loans to launch their projects and give financial support to export-oriented SMEs as well as facilitate public access to banking services particularly for people involved in the informal sector.

The King commended the financial regulatory authorities in the country for their professionalism saying “Morocco’s financial system is subject to strict regulatory controls undertaken by independent and competent national institutions.”

“Thanks to the progress it has achieved, our banking sector has been able to invest in a number of foreign countries, especially in Africa,” said the King.

The King applaud the results achieved over the past two decades, given that the number of citizens who opened a bank account has increased threefold.

He added that banks should keep up efforts and invest in modern technology and innovative financial services to increase the number of Moroccans who have access to financing and banking services, thereby serving the interests of banks as well as those of the citizens in a balanced and equitable way and contributing to development.