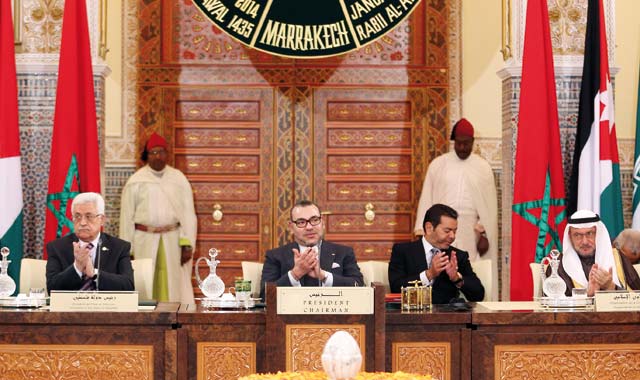 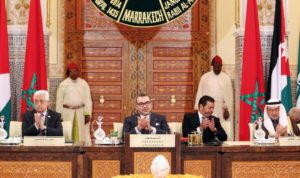 Bayt Mal Al Quds Asharif Agency has published lately a report on the occasion of the 20th anniversary of King Mohammed VI’s reign, highlighting the major achievements accomplished by Al Quds Committee under his two-decade stewardship.

Thanks to the royal leadership, this Committee of the OIC has carried out several projects destined to safeguard the Holy City, support the local inhabitants and preserve its civil and religious legacy.

The 131-page document commends the noteworthy actions made by the Moroccan Sovereign at the diplomatic and social level for Al Quds inhabitants.

The document gives extensive details on the main programs implemented in the city of Al-Quds from 2000 to 2018, as well as on grants made from 1998 to 2018 to fund some socioeconomic development projects.

The document also highlights the key role played by late King Hassan II and his son King Mohammed VI in defending the cause of Al-Quds Asharif and stressing its symbolic and historical status for Arab and Islamic peoples.

The report underlines the importance of the meetings held by Al Quds Committee in the Moroccan cities of Agadir (2000) and Marrakech (2002) & (2014).

The document also recalls the joint call launched by King Mohammed VI, Chairman of the Al-Quds Committee, and Pope Francis, during his visit to Morocco in March this year, for the protection of the multi-faith and sacred character Al-Quds Al-Sharif, cradle of the three monotheistic religions.

“We believe it is important to preserve the Holy City of Jerusalem/Al-Quds Al-Sharif as a shared heritage of humankind and to safeguard it, above all for the believers of the three monotheistic religions, as a symbol of peaceful coexistence and as a meeting place where mutual esteem and dialogue are fostered”, said the two leaders.

They also affirmed that the uniqueness, the spiritual dimension and special identity of Al-Quds Al-Sharif must be preserved and enhanced.

“We therefore hope that, in the Holy City, the followers of the three monotheistic religions will be guaranteed free access to religious sites as well as the right to practice their faith there, so that from Jerusalem / Al-Quds Acharif, the believers may address a prayer to God, the Creator of all beings, for a future of peace and brotherhood”, said King Mohammed VI and Pope Francis.