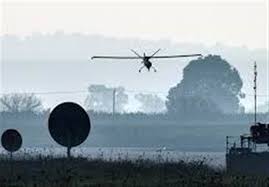 Lebanon’s President on Monday condemned the crash of two Israeli drone in a suburb of capital Beirut and said that his country has the right to respond to what he compared to a “declaration of war”.

Tensions have escalated between Lebanon and Israel after two Israel drones crashed Sunday south of Beirut in an area controlled by Hezbollah, Iran-backed powerful military movement.

The drones did not kill any member of the movement but the resistance force’s leader Sayyed Hassan Nasrallah in a speech few hours after the incident, vowed tough response to what he termed a “new phase”.

A first drone failed and crashed in the suburbs and the second exploded in the air causing damage, reports say.

The two sides fought several wars including a one-month conflict in 2006.

Hezbollah-ally and President, Michel Aoun on Monday laid into Israel arguing that Lebanon will not accept any form of aggression.

“What happened was similar to a declaration of war which allows us to resort to our right to defending our sovereignty,” Aoun’s office said on Twitter.

“We are a people seeking peace, not war, and we don’t accept anyone threatening us in any war.”

The Lebanese leader discussed on Monday the violation with UN special envoy to the country, Jan Kubis, as he seeks the international community’s support.