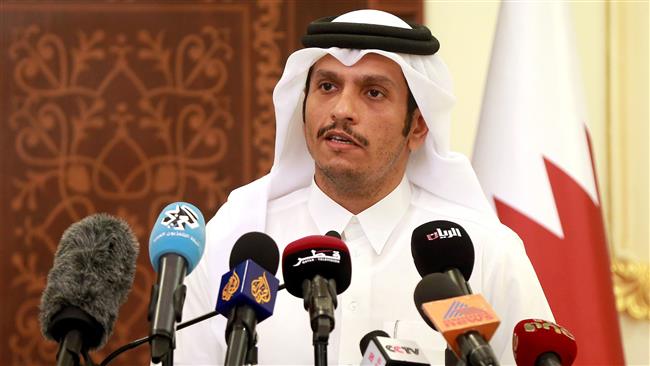 Qatar Thursday said rivalry between its regional and powerful neighbor, Iran and its strongest western ally, the US, is putting the Gulf country in uncomfortable situation, offering to play mediator role if possible.

“There is this dispute between the US and Iran, it’s putting us in a situation in which we see a disagreement between our strongest ally and our neighbor, which is not comfortable,” Qatar’s foreign minister, Sheikh Mohammed bin Abdulrahman al-Thani told an international conference in Rome.

“There should be a way to find a bridge to mediate this problem, if Qatar can provide this bridge, why not?”

The US early this month imposed new punitive measures targeting Iran’s oil and financial sector with the aim to dry out Tehran’s main financial source and thus force it to negotiate a new nuclear accord.

President Donald Trump walked away from the 2015 multinational nuclear agreement signed between Iran and World powers with an endorsement of the UN Security Council.

The US has prohibited countries willing trade with the American market from dealing with Iran.

Qatar according to Sheikh Mohammed will however continue dealing with Iran despite the US sanctions.

Iran last year in June backed up Qatar at the onset of the Gulf crisis when Saudi Arabia, United Arab Emirates (UAE), Bahrain, plus Egypt cut off ties with Doha and imposed on it a sea/air/ground blockade.