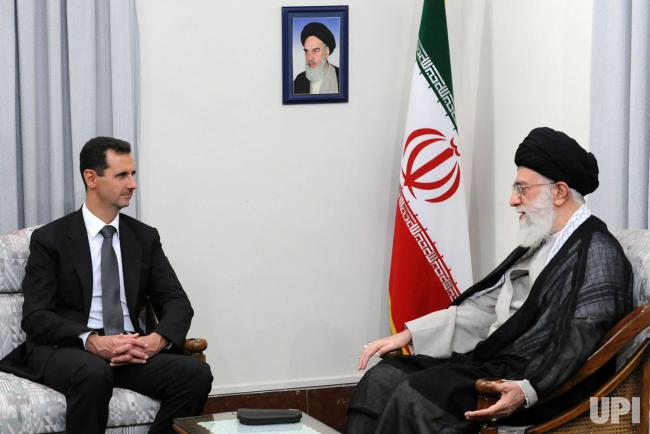 The US Treasury Tuesday put a group of Iranian, Russian and Syrian companies and individuals on its international blacklist over their network for allegedly shipping barrels of oil to the Bashar al-Assad regime and for funneling the returns of the oil sale to Iran’s powerful Revolutionary Guard, Lebanon-based Shia movement Hezbollah and Gaza ruler Hamas.

“Today we are acting against a complex scheme Iran and Russia have used to bolster the Assad regime and generate funds for Iranian malign activity,” said Treasury Secretary Steven Mnuchin.

“Central Bank of Iran officials continue to exploit the international financial system, and in this case even used a company whose name suggests a trade in humanitarian goods as a tool to facilitate financial transfers supporting this oil scheme.”
Mnuchin described Syrian national Mohammad Amer Alchwiki, and his Russia-based company, Global Vision Group, as the main suspect in the scheme, which also involved a subsidiary of the Russian Energy Ministry.

The network led by Alchwiki according to the Treasury Department shipped oil to the Assad regime and channeled the proceeds estimated at millions to the Revolutionary Guards, Hezbollah and Hamas that the US views as terror entities.

“Using the Central Bank of Syria, Alchwiki coordinates the transfers with Hezbollah official Muhammad Qasir, who heads the Hezbollah unit responsible for facilitating the transfer of weapons, technology, and other support from Syria to Lebanon,” a statement from the Department added.

The US administration did not provide evidence how the dividends from the oil shipments were secretly passed to Hamas.

Iran is already under US sanctions, which have targeted its oil industry. The sanctions were issued early this month as new punitive measure by the Trump administration to squeeze Tehran and to force it to negotiate a new nuclear deal after Trump tore into pieces the 2015 multinational nuclear accord over claims that the deal endorsed by the UN Security Council was full of flaws.