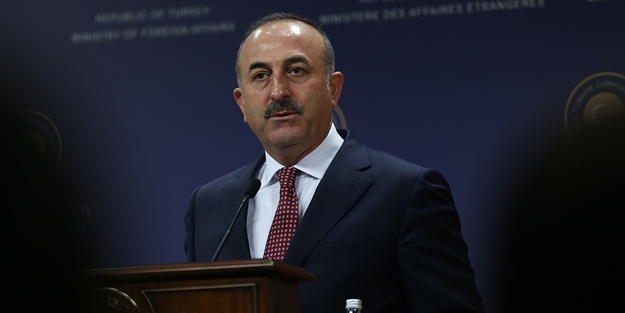 Turkey late Tuesday said it could call for a formal United Nations probe into the killing of Saudi journalist and dissident Jamal Khashoggi as it complains about Saudi Arabia’s cooperation in efforts to shed light on the crime that drew global attention on the Crown Prince Mohamed bin Salman (MbS) suspected for being the mastermind of the assassination.

Turkish top diplomat Mevlüt Cavusoglu on a visit to Washington said following a meeting with his US counterpart Mike Pompeo that Ankara is not satisfied about the level of cooperation by Riyadh to investigate Kashoggi’s death in the Saudi consulate in the Turkish city of Istanbul.

“We do not see Khashoggi’s murder as a bilateral matter between Turkey and Saudi Arabia; it is a humanitarian issue,” Cavusoglu said.
“The truth has to come out on who gave the instructions regarding his killing,” he added.

Relatedly, the bipartisan leadership of the Senate Foreign Relations Committee is demanding a definitive determination from President Donald Trump about whether Crown Prince Mohammed bin Salman ordered the killing of Jamal Khashoggi.

In a letter to Trump, the panel’s chairman, Sen. Bob Corker (R-Tenn.), and ranking member, Sen. Robert Menendez (D-N.J.), specifically asked on Tuesday whether the administration believed that bin Salman was involved in the murder of Khashoggi and was killed in the Saudi Arabian consulate in Istanbul last month.

Trump gave no ruling on bin Salman’s involvement in a statement earlier Tuesday that largely sided with Saudi Arabia, declaring that “maybe he did and maybe he didn’t!”

But under the Magnitsky Act, Trump can be required to make a determination about human rights violations by global leaders. The law requires the president to do so within 120 days of the committee’s request, as well as apply any sanctions.

Khashoggi disappeared on Oct. 02 after entering the consulate for some paperwork. Turkish authorities investigated the consulate and the Saudi Consul’s house and established that the Saudi critic who wrote for The Washington Post was murdered and butchered by a hit-man squad that arrived from Riyadh with instructions from the highest levels of the Saudi government.

Ankara also obtained tapes of the killing that it said it shared with the US, France, Germany and UK and those who wanted to listen to them.

Saudi authorities after weeks of denying the murder have admitted that the 59-year old journalist who has fled the kingdom since September last year and had been in self-imposed exile in the US died in a brawl. Last week, however, under international pressure, they confessed the MbS’s critic had been killed and his body dismembered when “negotiations” to convince him to return to Saudi Arabia failed.

The Saudi public prosecutor indicted 18 people believed linked to the killing. Five among them have been put on the death row.

Ankara has sought to judge the 18 in Turkey but Saudi authorities rejected the call noting that the men will face justice at home.