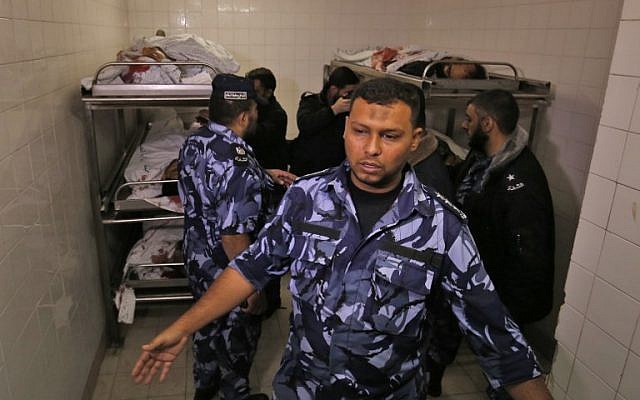 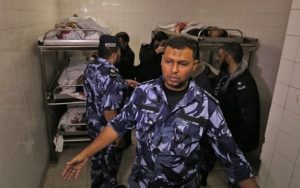 Seven Palestinians, including a Hamas high-ranking official, and one top officer of the Israel army died Sunday in an Israeli incursion in the Gaza Strip Sunday.

A routine sortie of Israeli Special Forces in Gaza to gather intelligence turned wrong after the Israeli squad, which intruded 3km inside the enclave, with a ‘civilian vehicle’ was spotted and confronted.

The ensuing flare-up left one top Israeli officer, identified as Col. “Mem”, dead and another one injured, according to the Israel Defense Forces (IDF).

Seven Palestinians, six of whom members of the Islamist Hamas movement were also killed. Nour Baraka, commander of the Qassam Brigades, the military wing of the resistance group, was among the dead on the Palestinian side.

The deaths occurred amid fighting and Israeli airstrikes used as cover to extract the Israel forces, reports say.

The Sunday bloody showdown prompted Prime Minister Benjamin Netanyahu to cut short his visit to France where he was attending with world leaders the 100th anniversary commemorations of the end of World War I, according to Israeli sources.

Egypt is also working with the United Nations special coordinator for the Middle East peace process Nikolay Mladenov to broker a ceasefire between Israel and the armed groups in the Strip.