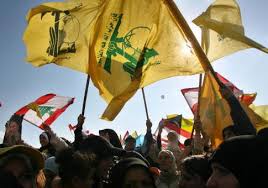 The US Department of State’s Rewards for Justice Program is offering rewards of up to $5 million each for information leading to the identification or location of Hamas leader Salih al-Aruri and Lebanese Hezbollah leaders Khalil Yusif Mahmoud Harb and Haytham ‘Ali Tabataba’I, the Department of State announced Tuesday in a statement.

The statement noted that Salih al-Aruri “is a deputy of the political bureau of the terrorist organization Hamas and one of the founders of the Izzedine al-Qassam Brigades, Hamas’s military wing.” It added that Aruri “is currently living freely in Lebanon, where he reportedly is working with Qasem Soleimani, leader of the Iranian Islamic Revolutionary Guard Corps’ Quds Force.”

Aruri funded and directed Hamas military operations in the West Bank and has been linked to several terrorist attacks, hijackings, and kidnappings, the statement added, recalling in September 2015, the US Department of the Treasury designated al-Aruri as a Specially Designated Global Terrorist (SDGT).

Khalil Yusif Mahmoud Harb is a close adviser to the leader of the Lebanese Hezbollah terrorist group, Hassan Nasrallah, and has served as the group’s chief military liaison to Iran and to Palestinian terrorist organizations, the statement indicated. It added that Harb has commanded and supervised Lebanese Hezbollah’s military operations in the Palestinian territories and in several countries throughout the Middle East.

In August 2013, the U.S. Department of the Treasury designated Harb as a Specially Designated Global Terrorist.

As for Haytham ‘Ali Tabataba’i, he is “a key Hezbollah military leader who has commanded Hezbollah’s special forces in both Syria and Yemen.” The statement stressed that Hamas and Hezbollah “receive weapons, training, and funding from Iran, which the Secretary of State has designated as a state sponsor of terrorism.”

The Department of State designated both Hamas and Hezbollah as Foreign Terrorist Organizations (FTOs) in October 1997 and as Specially Designated Global Terrorist (SDGT) entities in October 2001.