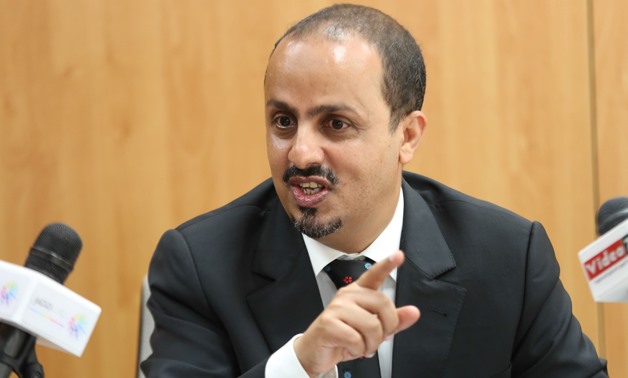 The information minister of the Yemeni rival government led by Houthi rebels has defected the rebel camp and fled to Saudi Arabia, the Yemeni internationally recognized government has told Associated Press.

The Defector, according to al-Iryani, arrived in Saudi Arabia with his family.

If confirmed, the move will be a huge blow to the rebels who took control of the Yemeni capital in 2014 after flashing out regular forces. After taking over the capital, the rebels made gains towards the south but Saudi Arabia and regional allies backed by western powers have rolled back the rebels’ control.

Saudi Arabia has been leading since 2015 an international coalition to restore President Hadi’s legitimate government. The coalition is preparing to retake control of the Red Sea port of Hodeida.

Meanwhile, the UN human rights chief, Michelle Bachelet, on Saturday, expressed her outrage at the “unconscionable toll” caused by the escalation of hostilities in Yemen.

“The Saudi-led coalition and pro-Hadi forces, the Houthi forces – and those who supply arms or other support to the parties to the conflict – all have the power or the influence to stop the starvation and killing of civilians, to give some reprieve to the people of Yemen,” the UN human rights Commissioner stated.

Ms. Bachelet called for an immediate end to the military escalation, as catastrophic levels of food insecurity could soon threaten the lives of 14 million people across the country. She urged the Saudi-led coalition to immediately remove restrictions on the safe and expeditious entry into Yemen of indispensable humanitarian supplies and other goods.

“The parties to the conflict must allow the free, regular and unimpeded passage of food and other humanitarian relief and must not take actions that would deprive civilians of their rights to food and health,” she stressed.

The High Commissioner called on “all those with involvement or influence in the conflict to facilitate the access to humanitarian relief that the people of Yemen so desperately need”.

Since conflict escalated in March 2015, OHCHR has counted a total of 17,640 civilian casualties in Yemen, including 6,872 dead and 10,768 injured. The majority of these casualties – 10,852 – resulted from airstrikes carried out by the Saudi-led Coalition.

For those having survived the repeated attacks, access to basic services and sources of income has become increasingly challenging. Today, three quarters of the entire Yemeni population – 22 million women, children and men – find themselves dependent on some form of humanitarian assistance to survive.