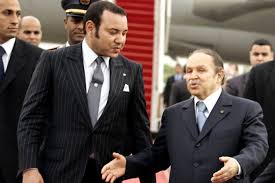 The call launched by King Mohammed VI to neighboring Algeria for a direct, open and frank dialogue to settle the transient and objective differences hampering the development of relations between the two countries has triggered positive reactions worldwide and earned the Sovereign praise in Africa, Europe, the UN and in the Arab world.

In a speech on the anniversary of the Green March celebrated last Tuesday (Nov.6), King Mohammed VI has made Morocco’s good intentions clear calling on Algeria for dialogue to settle all differences poisoning bilateral relations.

In response to this wise initiative, the United Arab Emirates top diplomat Sheikh Abdallah Ben Zayed al-Nahyan voiced his country’s full backing to the initiative made by the Moroccan King for the normalization of relations with Algeria and ending the political deadlock.

He renewed support to Morocco’s territorial integrity and sovereignty over the Sahara and to the autonomy plan for the Sahara that would allow the local inhabitants to exercise their right to run their affairs themselves, and to achieve integrated development in a free and stable environment.

Qatar also welcomed the royal initiative, saying it will usher in a constructive and fruitful dialogue between the two neighboring countries to settle all their pending issues.

Oman praised the content of the Royal speech and commended the King’s call for constructive dialogue with Algeria and for the peaceful settlement of disputes.
A statement carried by the Omani news agency said the call will strengthen security and stability in the Arab Maghreb region.

A statement by the Bahraini Foreign Ministry said the royal initiative is meant to further strengthen bilateral cooperation for the benefit of the two brotherly peoples.

In his outreach to Algeria, King Mohammed VI also suggested the setting up of a joint political mechanism for dialogue and consultation to break the stalemate in bilateral relations, reiterating his commitment to work hand in hand with the Algerian brothers.

“Manama hopes that this mechanism of consultation will help overcome the obstacles hindering the development of relations between the two countries and boost their capacities to serve the interests of Arab Maghreb states and joint Arab action,” the statement said.

Bahrain reiterated its unwavering support for Morocco’s legitimate rights over its southern provinces and for the autonomy initiative as a means to reach a political and lasting settlement under Morocco’s sovereignty and territorial integrity.

Likewise, Jordan welcomed the Moroccan King’s call for a frank and direct dialogue with Algeria to break the existing impasse in relations and rebuild well-grounded ties based on fraternal solidarity and confidence, a statement by the foreign ministry said Friday.

Safadi highlighted the central role of both Algeria and Morocco in the framework of the joint Arab action system, what makes the positive interaction a necessity serving the interests of the two brotherly countries.

The Foreign Minister renewed Jordan’s firm support for all efforts seeking to settle Arab disagreements and set up new mechanisms of effective cooperation among Arab states.