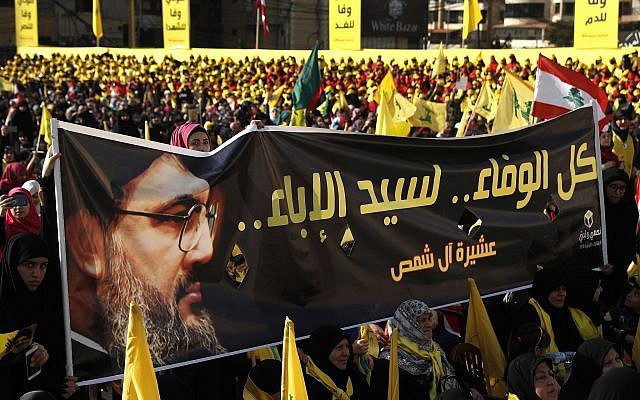 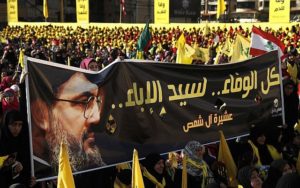 US President Donald Trump Thursday greenlighted new sanctions against the Iran-backed powerful military group Hezbollah in a move to further dry out funding of the Shia movement.

Trump told attendees at the 35th anniversary of the Marines Barracks bombing in 1983 in Beirut that he signed the implement of stiffer sanctions targeting the movement’s funds.

“Over the past year, we have levied the highest sanctions ever imposed on Hezbollah — in a single year, by far. Just a few moments ago, I signed legislation imposing even more hard-hitting sanctions on Hezbollah to further starve them of their funds. And they are starving for them,” Trump said.

The new sanctions come under Hezbollah International Financing Prevention Amendments Act (HIFPAA) and seek to cut the anti-Israel movement from its financial source and international financial system. They also target Lebanese and foreign individuals and organizations working with the Iran-backed armed group.

The bill, critics and analysts say, could jeopardize current talks for the formation of a new cabinet following Hezbollah victory during May elections, won by Hezbollah and President Michel Aoun’s party. Prime Minister Saad Hariri is yet to name a new cabinet.

The sanctions, An-Nahar reports affect the international funding received by ministries to be occupied by Hezbollah lawmakers in the upcoming Cabinet, namely from organizations like the World Bank, the United Nations, and the International Monetary Fund.

Hezbollah has reportedly demanded to take the health ministry, which has an annual budget of over $400 million.