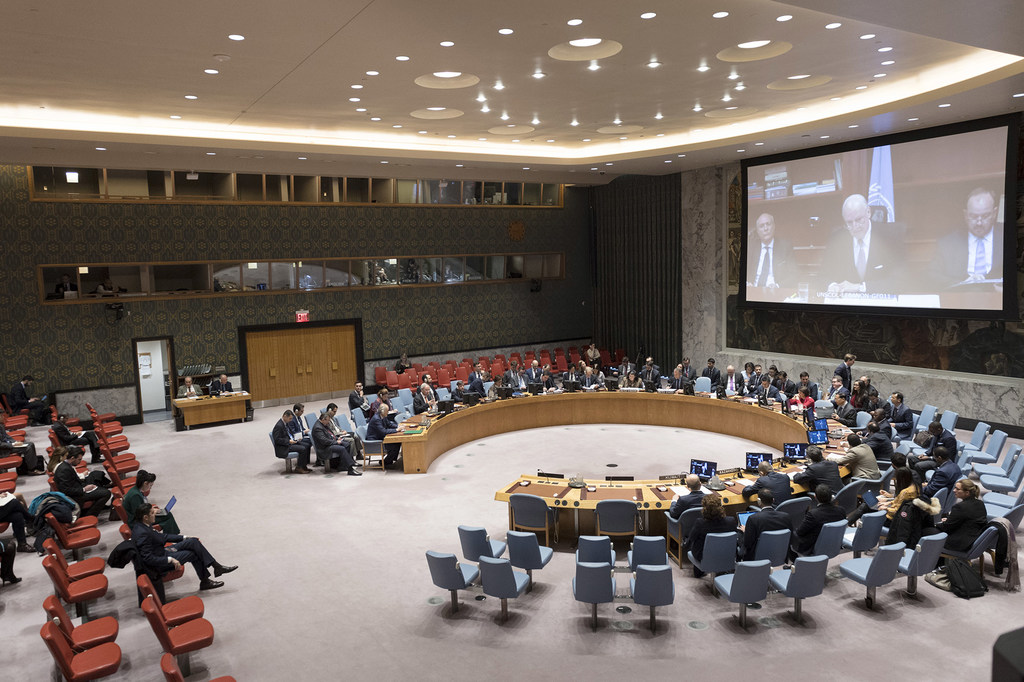 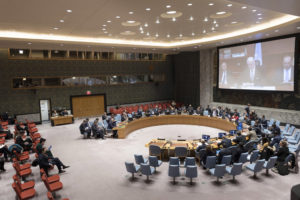 The difficulties of “keeping everyone onboard”, an agreed path to peace in Syria, highlights that “radically different” approaches are likely doomed to failure, the outgoing United Nations Special Envoy for the war-torn country warned on Friday.

Briefing the Security Council on his meeting with the Syrian Foreign Minister, held in Damascus on Wednesday, Staffan de Mistura said that an impasse had been reached over a proposed new constitution for Syria, with the UN playing a major role, as directed by the Council.

The veteran envoy, who recently announced he would be stepping down at the end of next month, said that the sticking point revolved around the Syrian leadership’s view that constitutional reform, was an internal matter.

He said Foreign Minister Walid al-Moualem had “strongly underlined” the principle of non-interference in Member States’ affairs, adding that the constitution was “a highly sensitive matter of national sovereignty.”

The key sticking point, de Mistura told the Council, was over the so-called “Middle Third List” of 50 names that the UN is backing to serve on a Constitutional Committee, to create a more democratic post-war Syria.

He said the UN was not opposed to “constructive and moderate suggestions” so long as “spirit of credibility, balance and international legitimacy of the Middle Third List is maintained”.

“It is important to ensure the minimum 30 percent [participation of] women in the constitutional committee and this requires at least 24 out of the 50 in the Middle Third List to be women,” stressed the UN negotiator.

The Middle Third List refers to a third of the delegates to the constitutional committee, representing Syrian experts, civil society, independents, tribal leaders and women. The other delegates would be drawn from the Government and opposition.

He further said that Minister Moualem proposed that the suggested list, which was drawn up by the UN in consultation and with inputs from all actors, be withdrawn.

Staffan de Mistura reiterated that the UN “could withdraw” its proposal, only if there is an agreement on a new credible, balanced and inclusive list, consistent with Security Council resolution 2254 and final peace talks led by Russia, Iran and Turkey.

In response, the Minister indicated that he would get respond after instructions from the Syrian leadership and that the Minister “preferred at this stage” to await the outcome of the UN Special Envoy’s upcoming consultations with the Astana Guarantors, said Mr. De Mistura.

The UN Special Envoy further said that given the “different understanding” by the Syrian Government of the role of the UN and other on-going diplomatic efforts, a “very serious challenge” is ahead. But he said he would “spare no effort to address these challenge in the forthcoming weeks.”

Addressing the Council in New York via tele-conference from Lebanon – he told members he would also brief the Presidents of France, Germany, Russia and Turkey, in Istanbul, on Saturday, on the latest developments.

While the “window of opportunity” to find lasting peace for the more than seven-year conflict remains open”, he said, “it needs to be seized urgently.”