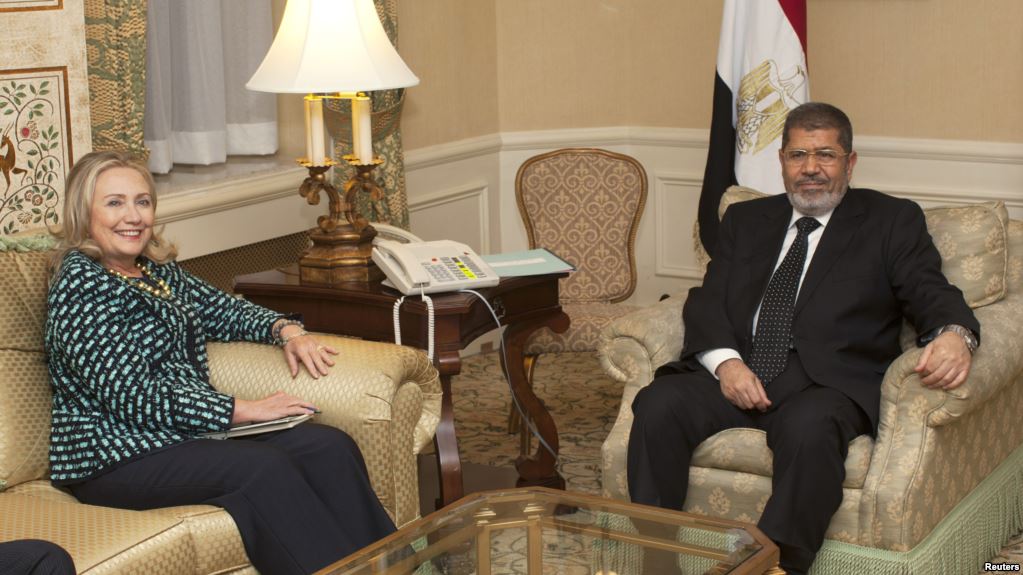 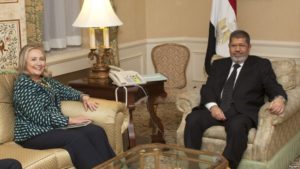 Egyptian writer and leading feminist figure Nawal El Saadawi has accused former U.S. Secretary of State Hillary Clinton of giving in 2012 bribe to young voters in Egypt to elect Muslim Brotherhood-linked candidate Mohamed Morsi who was removed from power in a military coup one year after his election.

“I remember I saw Hillary Clinton herself in Tahrir Square giving U.S. dollars to young people to elect the Muslim Brotherhood,” Saadawi was quoted as saying early this week by The New Arab.

“Why is the U.S. interested with the local government and electing the Muslim Brotherhood?” she wondered, claiming that regional and global powers collaborated to bring the Brotherhood to power.

The 86-year old did not provide evidence for her claims made at a talk in Sweden this week.

Morsi who is standing a trial over many charges was elected in 2012 but quickly removed by incumbent president Fattah al-Sisi in July 2013.

The Egyptian writer, who is known as the most prominent Arab feminist, is opposed to political Islam and the Muslim Brotherhood movement.

“There are women like Clinton and [British Prime Minister] Theresa May and Condoleezza Rice who are more patriarchal than the men,” Saadawi had said in an interview with Newsweek in June.