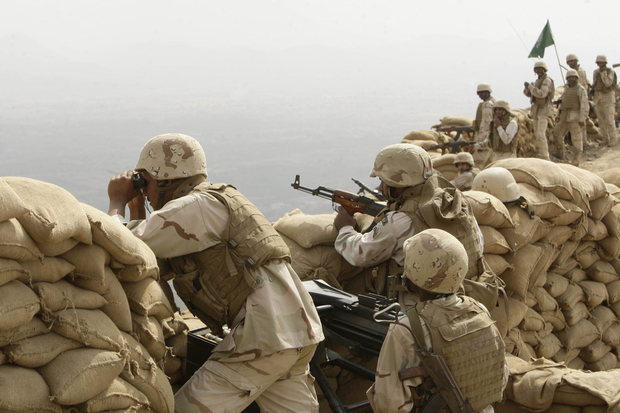 Germany had approved export to Saudi Arabia of weapons worth $295 million, in violation of the German government’s own rules not to supply arms to parties involved “directly” in the Yemen conflict.

A total of 87 export permits were approved between March 14 and September 23 by the German government to the Saudi-led coalition engaged in Yemen on the side of President Mansour Hadi’s forces, Turkish Sabah Daily reported.

Citing figures from the German Economy Ministry, Daily Sabah revealed that each of the eight countries making up the Saudi-led coalition received arms worth $28 million.

The exports completely fly in the face of the agreement between Merkel’s conservative bloc and the Social Democrats not to sell arms to countries directly involvement in the conflict that has caused the death of over 10 thousand people.

The coalition ruling the EU’s power house was formed in March following the failure of Merkel’s party to secure an outright victory during September 2017 elections.

The secret sales also took place amid the quite diplomatic row between the kingdom and Germany after Berlin in November last year criticized Riyadh’s influence on Lebanon following Lebanese Prime Minister Saad Hariri’s surprising resignation during a visit to the kingdom.

Riyadh slammed the German criticism and reportedly banned German companies from bidding for contracts. Last week in New York on the sidelines of the UN General Assembly, the two countries agreed to restore their ambassadors to their respective positions.