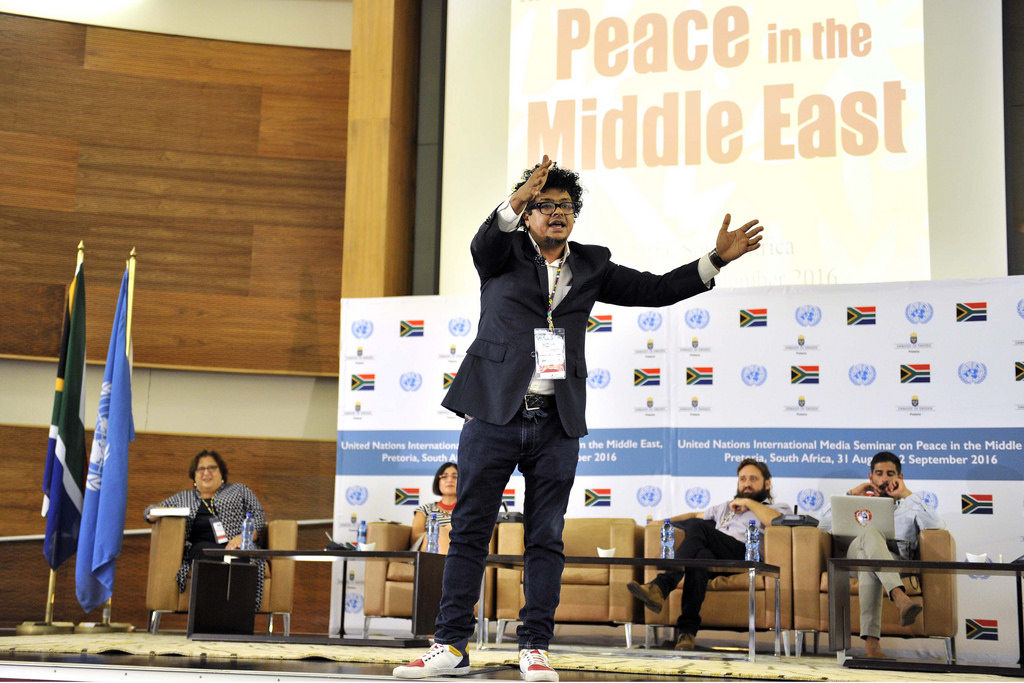 Moscow is hosting September 5-6 the United Nations 2018 International Media Seminar on Peace in the Middle East.

Engaging in debate over how best to advance peace in the Middle East and resolving the Israeli-Palestinian conflict is “a welcome reminder of the power of words over weapons,” said UN chief António Guterres in a message to the seminar.

In his message, delivered by the UN Under-Secretary-General for Global Communications, Alison Smale, the UN Chief said that the seminar provided an “important platform to discuss media-related topics connected to the difficult and challenging situation in the Middle East” adding that it was “encouraging that it remains strong, 27 years after its inception”.

“The Israeli-Palestinian conflict remains central to the Middle East quagmire. The recent tensions in Gaza are a painful reminder of how fragile the situation is,” Alison Smale said, on behalf of Guterres.

“The people of the region and the world cannot afford another escalation of violence”, she added, noting that the UN remains “strongly committed to a just, comprehensive and lasting two-State solution that ends the 50-year occupation and resolves all final status issues. This is key for security and stability in the entire region”.

The event brings together more than 150 diplomats, journalists, media experts and youth representatives from Israel, Palestine and other parts of the Middle East, Russia, the United States, Europe, and beyond.

Subjects for discussion and debate on Wednesday and Thursday include a look back at the legacy of the 1993 Oslo Accords; how journalists cover the whole Israel-Palestine conflict; how they can better protect themselves covering the conflict; and the narrative of Palestine refugees, 70 years on from the Nakba, or “catastrophe” by which Palestinians commemorate their mass-displacement during the 1948-1949 war.

The seminar is organized by the UN Department of Public Information (DPI) as part of the Special Information Program on The Question of Palestine.