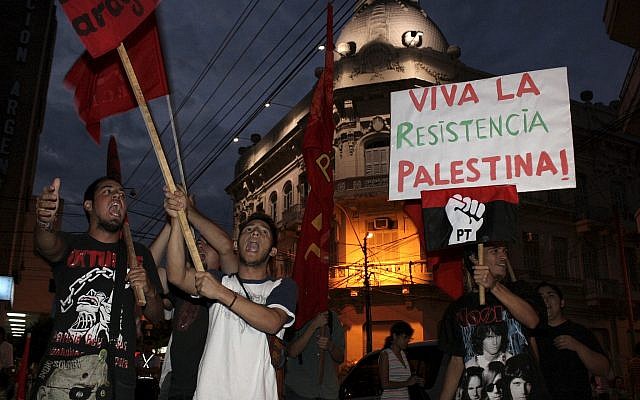 The Palestinian Authority (PA) said it will open a mission in Paraguay to strengthen ties with the South American country following its decision to return its embassy in Israel to Tel Aviv few months after walking in the steps of the US administration, which moved the US embassy to the disputed city of Jerusalem.

The announcement was made immediately after Paraguay early Wednesday said it will return its current Jerusalem-based embassy to Tel Aviv, four months after former President Horacio Cartes personally attended the opening of the Paraguayan mission in Jerusalem in May this year.

The Foreign Minister of the South American country, Luis Alberto Castiglioni at the embassy in the old city, said the issue of Jerusalem is one of the Israeli-Palestinian conflict’s “most complex components”.

The government considers it “appropriate” to re-establish the headquarters of its embassy in its previous location, Castiglioni said.

“Paraguay considers that it (Jerusalem issue) has to be addressed through negotiations by the concerned parties, within the framework of the relevant international organizations decisions.”

The South American country on May 21 officially opened a new embassy in Malha Technological Park, in Jerusalem few days after the transfer of the US diplomatic mission to the holy city.

US President last year decided to recognize the holy city as Israel’s capital. The decision, he said, is part of his so-called deal of the century to end the decades-old conflict between Palestinians and Israelis.

Israel reopened its mission in Paraguay two years ago, after shutting it down in 2002 over budgetary constraints, Times of Israel reports.

Paraguay is among over 130 countries around the world that recognize Palestine as a free state.

The reversal is a blow to the Israeli diplomacy as it came hard upon Columbia’s decision this week to formally recognize Palestine as a state. Bogota is Tel Aviv’s closest ally in Southern America.

With the withdrawal of Paraguay, only two countries, namely the US and Guatemala, recognize Jerusalem as Israel’s capital.

The PA has called on Guatemala to follow Paraguay’s step and to position itself on the right side of history.

“We also call upon the government of Guatemala to stand on the right side of history and move its embassy outside Jerusalem,” said Senior Palestinian official Saeb Erekat.