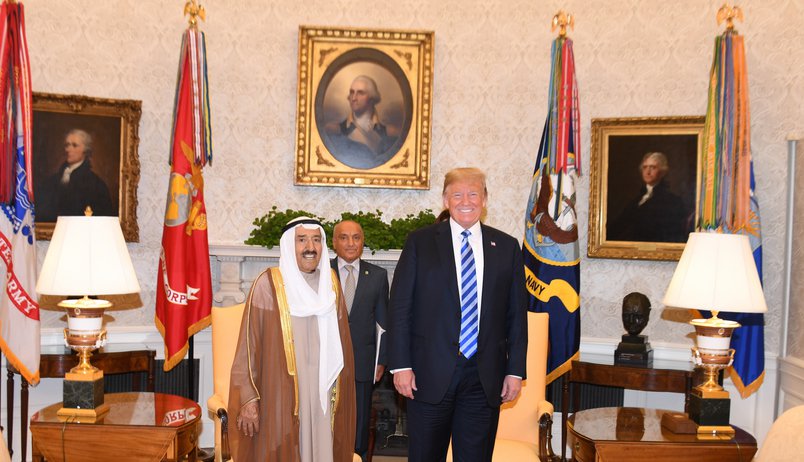 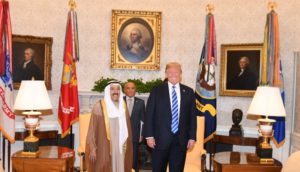 The Emir of Kuwait Wednesday told US President that efforts are underway for an early end of the over one-year old diplomatic crisis dividing US allies, Kuwait state-run news agency KANU reports.

“We are going to explore ways for solving the Gulf crisis in the hope of putting an early end to it,” Sheikh Sabah is quoted as saying.

Saudi Arabia and its allies cut off ties with Qatar in June last year over the tiny gas-rich country’s alleged support for terrorism and close ties with Iran, known as Saudi Arabia’s regional arch foe.

Qatar has squarely denied the charges arguing that it was a victim of a smear campaign.

The crisis broke out following Trump’s visit to the region in May 2017. It was his maiden trip abroad. The US leader sided with the Saudi-led camp, taking benefit of Qatar’s isolation.

Kuwait has been playing the mediator role, trying to defuse the crisis between the feuding sides.

Written by: KanelkaTagba on September 6, 2018.
Last revised by: Jaber Ali