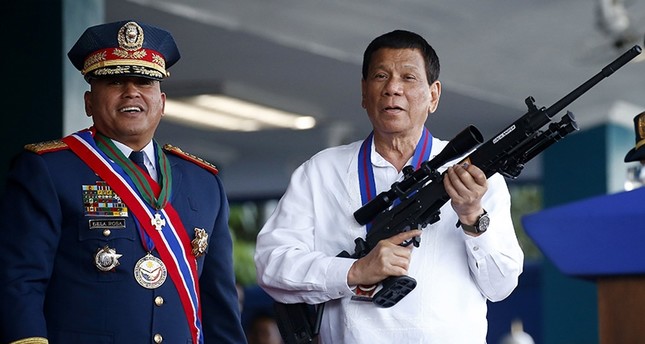 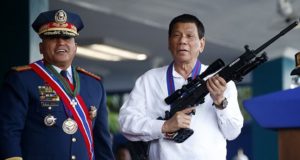 President Rodrigo Duterte of the Philippines started Sunday a four-day state visit to Israel for talks on bilateral cooperation with arms sales being part of the agenda.

Talks with Israeli authorities will revolve around “defense and security, law enforcement, economic development, trade (and) investments and labor.”

The Philippine leader is seeking to purchase Israel’s military equipment to offset reluctance by America and Canada to supply Manila with military hardware, over Duterte’s war on crime and drug trafficking judged by human rights groups and UN watchdogs as brutal.

Around 5,000 Filipinos have died in the crackdown on alleged crime and drug trafficking. The crackdown started when the 73-year old President came to power in 2016. According to state figures,.over 50,000 have been arrested in the campaign.

Israeli rights groups have reportedly called on President Reuven Rivinand not to host Dutrete over the brutality of the clampdown campaign.

Dutrete in 2016 drew outarge after comparing himself to Adolf Hitler after saying that he would be “happy to slaughter” three million addicts as the Nazi leader slaughtered the Jews. He later apologized in face of the barrage of condemnation.