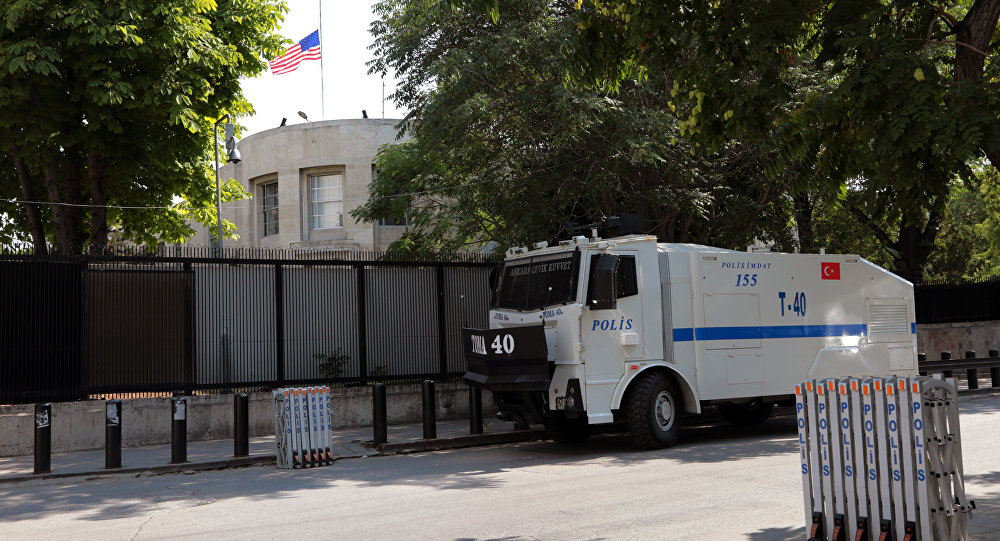 Unidentified men early Monday fired several gunshots at the US embassy in capita Ankara, wounding no one in the attack that occurred amid high diplomatic tension between the two NATO allies.

The shots, around five, were fired from a white car at the embassy. A shot hit one of the entrances of the diplomatic mission damaging the window of a security cabin, according to police sources. Nobody was hurt as the embassy was closed at the time of the attack.

The diplomatic facility is scheduled to be closed this week on a public holiday marking the Islamic Eid al-Adha festival, Reuters reports.

Police teams have launched the search for the attackers who fled in the car.

The incident took place amid deep diplomatic spat between Turkey and the U.S. over several issues, more importantly on the fate of U.S. evangelist Andrew Brunson detained in Turkey over terror-related charges. The White House claims Brunson is unfairly held and requests his immediate release.

No group has claimed responsibility for the Monday attack but the mission as well as the consulate in Istanbul were targeted in the past by militants.