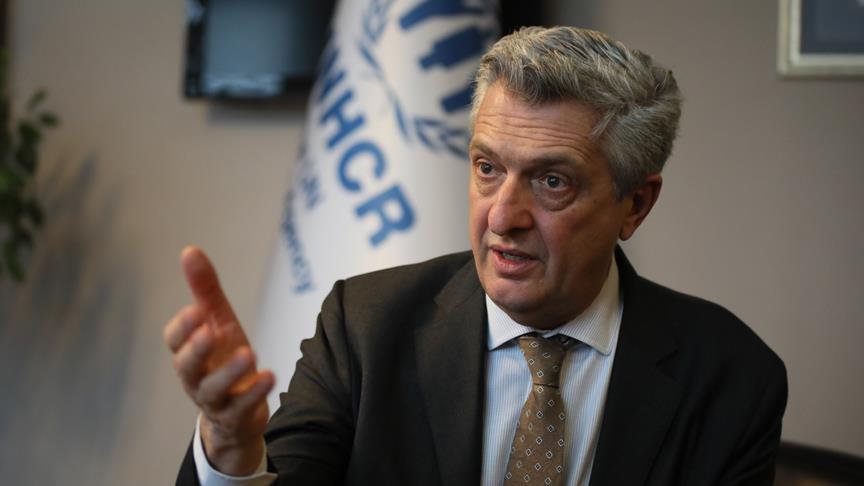 “More than 320,000 people are now displaced and most are living in dire and insecure conditions, including some 60,000 people camped at the Nasib/Jaber border crossing with Jordan,” UN High Commissioner for Refugees, Filippo Grandi said, in a statement Thursday.

Although local communities in Syria have opened their doors to take in many of the displaced, most are forced to live in open spaces or in makeshift shelters that offer little safety and protection from the elements, he added.

The UN official who commended Jordan for generously providing protection to hundreds of thousands of Syrian refugees since the beginning of the crisis and for providing and facilitating assistance to those in need inside Syria, urged Jordan to grant temporary refuge to more Syrians.

“Given the immediate dangers I am advocating for granting temporary refuge in Jordan to those in need of safety and for the international community to provide immediate and substantive support to Jordan, in a spirit of solidarity and responsibility sharing,” Grandi said.

Underscoring that UNHCR is prepared to immediately scale up its assistance inside Syria and to Jordan, the High Commissioner underscored that “Thousands of innocent lives are going to be lost, once again, if urgent action is not taken.”

Grandi underscored the immediate priority of finding a political solution to the conflict to spare civilians further suffering.

Fighting between pro-Syrian government forces and opposition militia, has been intensifying for weeks across Dara’a Governorate, close to the Jordanian border, as well as the Golan Heights border area with Israel.

In a statement issued by his spokesperson later on Thursday, UN Secretary-General António Guterres said that he was “gravely concerned by the resumption of the military offensive in southwest Syria and its continued devastating impact on civilians.”

“The Secretary-General fully supports today’s statement by the United Nations High Commissioner for Refugees, Filippo Grandi,” said Stéphane Dujarric, adding that there needed to be an “immediate suspension” of hostilities and the resumption of negotiations.