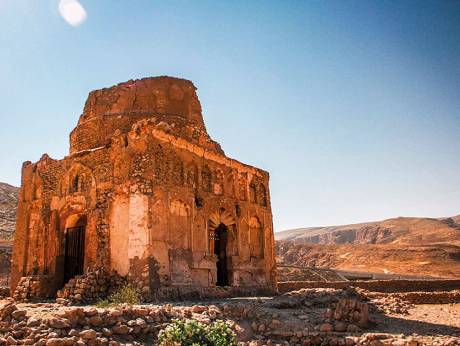 The Ancient City of Qalhat, located on the east coast of the Sultanate of Oman, is surrounded by inner and outer walls, as well as areas beyond the ramparts where necropolises are located.

The port city was once a key hub for trade in varied goods from Arabian horses to Chinese porcelain, according to the Omani submission document.

The case of Qalhat also demonstrates the power women could hold in Arabian society at the time.

“In the 13th century … the governor Ayaz split his presence between Hormuz and Qalhat, which, in his absence, was ruled by his wife Maryam,” the submission reads.

“She, Bibi Maryam, is said to have built the Great Friday Mosque and a mausoleum for her late husband. She continued ruling after her husband’s death until at least 1319.”

The Saudi Al-Ahsa Oasis, an Evolving Cultural Landscape, in the eastern Arabian Peninsula, is a serial property comprising gardens, canals, springs, wells, a drainage lake, as well as historical buildings, urban fabric and archaeological sites. They represent traces of continued human settlement in the Gulf region from the Neolithic to the present, as can be seen from remaining historic fortresses, mosques, wells, canals and other water management systems.

With its 2.5 million date palms, it is the largest oasis in the world. Al-Ahsa is also a unique geo-cultural landscape and an exceptional example of human interaction with the environment, the world cultural body said.

The inscription of these sites on the World Heritage list is welcomed by the two Gulf States, which have both put tourism high on their economic agendas as they look to diversify their oil-dependent economies.