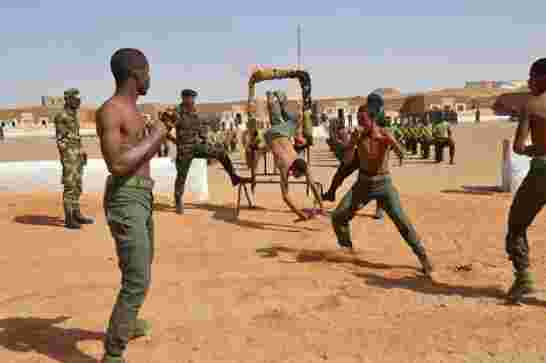 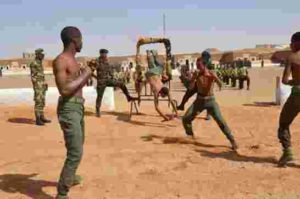 Few days after the UN Security Council adopted resolution 2414 extending the MINURSO mandate for six months and welcoming Morocco’s autonomy plan for the Sahara, the North African Kingdom severed its diplomatic ties with Iran for its military support to the Polisario mercenaries, backed by the Algerian regime.

Morocco says it acted after gathering strong undeniable evidence on the Iranian involvement, saying the Shiite Hezbollah group, an ally of Tehran, blacklisted as a terrorist organization, has trained the Polisario separatists on guerrilla warfare and supplied them with weapons.

According to Moroccan authorities, the Hezbollah arms transfer to the Polisario was facilitated by the Iranian embassy in Algeria. The proven collusion between the Algeria-backed secessionists and a notorious terrorist organization will enhance Morocco’s diplomatic gains at the United Nations and places the international community before its responsibility to counter terrorist groups threatening the world’s peace, security and stability.

Hezbollah has been involved in various terrorist attacks, including the assassination of former Lebanese Prime Minister Rafik Hariri. Several European and Sunni Arab countries as well as Washington are concerned about the Iranian attempts to expand the Shiite influence in North Africa and destabilize the region, using the leverage of the Hezbollah terrorist group.

The Gulf Cooperation Council has voiced its solidarity with Morocco and supported Rabat’s decision to cut ties with Iran. GCC Secretary General Abdellatif Ben Rached Ziani said the Gulf regional bloc condemns in the strongest terms “Iranian interference in the internal affairs of the brotherly Kingdom of Morocco”.

Rabat accuses Tehran of arming and training the Polisario gang, through its Hezbollah ally. Morocco’s top diplomat Nasser Bourita said: “We have tangible proof of Iran’s involvement in backing Hezbollah’s alliance with the Polisario”.

He said the Iranian embassy in Algiers facilitated the shipment of surface to air missiles to the Polisario as well as the training of separatist militias on urban warfare by Hezbollah military experts.

“Hezbollah provided Sam9 and Sam11 missiles to Polisario,” added Mr. Bourita, insisting that the decision to cut ties with Iran is based on verifiable facts and not made under international pressure.

Saudi Arabia, the UAE, Bahrain, Qatar and Kuwait condemned in separate statements Iran’s support for the Polisario separatists and backed Morocco’s sovereign decision and firm stand regarding Tehran’s meddling in its internal affairs and attempts to undermine its security and stability.

For its part, the Arab League says it supports Morocco’s decision to sever ties with Iran in protest against its military support provided to the Polisario, the enemy of Moroccan territorial integrity.

The spokesman for the Arab League’s secretary-general Mahmoud Afifi said the Arab organization condemns and rejects Iran’s intervention in Morocco or any other Arab country’s internal affairs.

He urged Arab countries to stand up to Tehran’s hostile strategy aimed at spreading chaos and instability in the region.

The  Secretary General of the Organization of Islamic Cooperation (OIC) also issued a statement underscoring the imperative for all foreign parties to refrain from interfering in the domestic issues of other member states in line with the OIC charter.

The pan-Islamic organization recalled the principle of sovereignty permeating its actions and urged member states to ensure respect for each other’s territorial integrity.

The statement recalled that the OIC foreign ministers’ council has called on member states to avoid backing terrorist groups, including Lebanese Hezbollah militias.