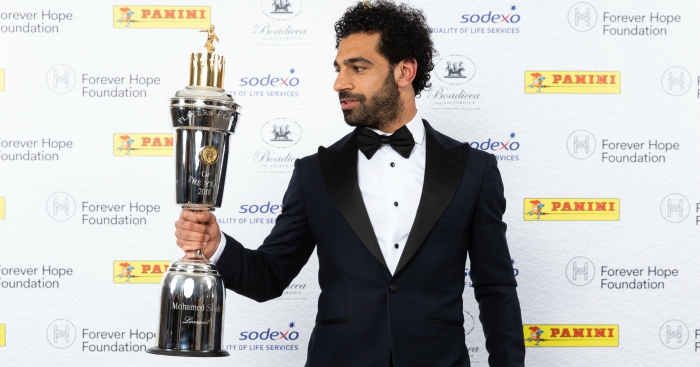 Authorities of the holy Saudi city of Mecca are contemplating plans to reward Egypt’s football super-star Mohamed Salah with a piece of land in the city for his excellent talents that have made him a global Muslim example, reports say.

The 25-year old Liverpool forward is currently hovering over European football after scoring two wonderful goals Tuesday for his side against Italy’s As Roma; two goals which gave the English side a comfortable lead in its drive to book a place in the European Champions League competition.

The Egyptian talent has scored 43 goals since the beginning of the season and has just won the English Premier League’s title Best Player award given by the Professional Footballers’ Association.

His outstanding performance makes him entitled to a reward, Saudi authorities in Mecca said. For Fahd al-Ruqi, the Vice-President of Mecca’s municipal council, Salah deserves a compensation for the 43 goal-tally and his Sunday award; the first ever performance by an Egyptian figure.

The Egyptian international will be offered a piece of land outside the Great Mosque.

Al-Ruqi noted that Salah has three options; either he gets the land, have a mosque built on it in his name, or Saudi authorities sell the land and give him the money.

Rewarding the Liverpool’s dangerman the piece of land will be a way to encourage young people with potential, al-Ruqi said, adding that the Egyptian star has earned a new name in the kingdom, ‘Abu Mecca’.

Also Tuesday, Israel’s Defense minister jokingly suggested that the Israeli Defense Force (IDF) to hire the former AS Roma and Chelsea player after his devastating performance against his former team during Champions League tie.

“I will be calling the chief of staff immediately to tell him to hire Mohamed Salah to the Israeli army,” Avigdor Liberman wrote on Twitter

Now referred to as the “Egyptian King” by fans of the British port city club, Salah has contributed to the decrease of hate and race crimes in the British Premier League, a recently released report said.

“Winning makes everybody feel good. Salah is playing very well, which excites fans, making them more apt to accept his ethnic and religious background when they may have not before,” said Piara Powar, executive director of Football Against Racism in Europe (Fare) who authored the report.