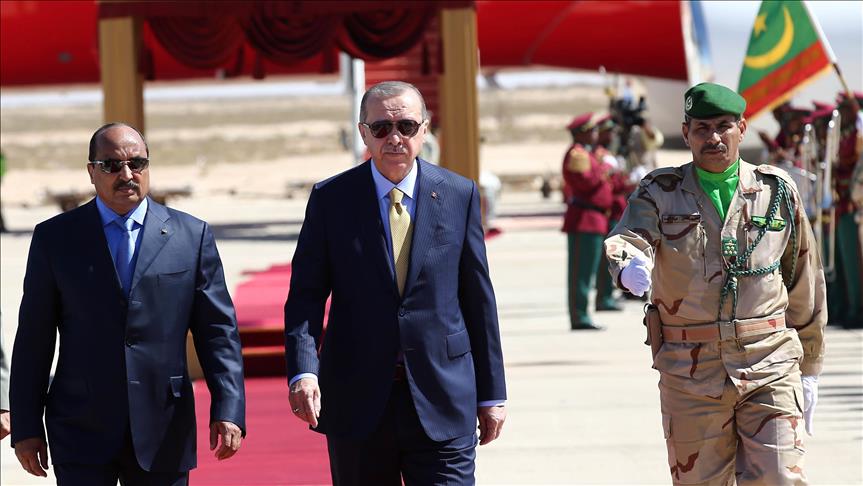 Turkish President Recep Tayyip Erdogan touched down Wednesday in Mauritanian capital Nouakchott for a state visit to be marked by the signing of several accords to cover fishing, tourism, agriculture and energy.

The Turkish leader flew in from Algeria, the first leg of his tour that will take him also to Senegal and Mali before winding up in Europe.

The Turkish leader is accompanied by a group of Turkish investors and officials.

Since becoming President in 2014 following several years of tenure as Prime Minister, Erdogan has undertaken several tours on the continent to bolster Turkey’s diplomacy and erode the influence of Fethullah Gulen; his rival and one time ally now in exile in the US and accused by Ankara of masterminding the July 2016 failed coup.

Ankara has been applying pressure on African countries to shut down Gulen-sponsored schools and businesses. Nouakchott last year closed a Gulen-run school on orders from Accra and has since allowed an Ankara-backed school.

Turkey under Erdogan has consolidated ties with the African continent. Ankara has established diplomatic relations with 41 countries, up from only 12 until 2009. It hopes to be present in all African capitals.