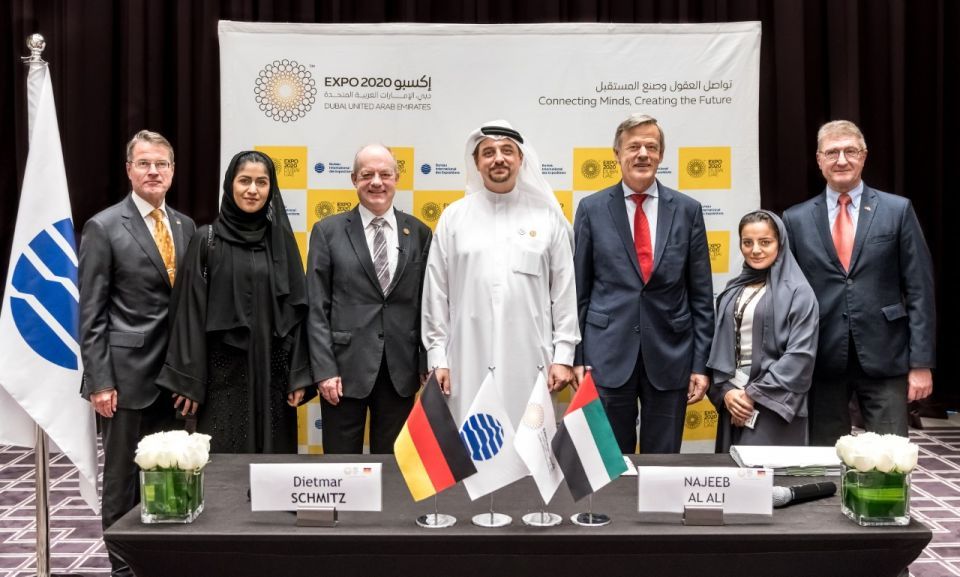 Germany Wednesday registered to take part in Expo 2020 to take place in Dubai after signing a €50 million-investment deal in the world largest exhibition.

The European economic powerhouse will have its pavilion located in the Sustainability District of the 2020 Expo. The pavilion will be the largest as it is expected to cover 4,500 sq m.

Germany looks to participate in the exhibition while remaining faithful to its commitment to the environment and the climate protection and preservation.

The EU country aims to raise its reliance on renewable electricity production from 17 per cent today to more than 80 per cent by 2050.

The host country has also set its own goal to base 44 per cent of its energy consumption on clean sources by 2050.

Two German multinationals, namely SAP and Siemens will be playing major role during the showpiece, which will take place from October 2020 to April 2021.

Both, the media says, will contribute to the delivery of the first World Expo in the Middle East, Africa and South Asia region.

The German city of Hannover hosted World Expo 2000. Other cities such as capital Berlin and Munich respectively hosted specialized Expos respectively in 1957 and 1965.

Over 180 countries are expected to attend Expo 2020 in Dubai. Around 170 have already notified their participation to date.