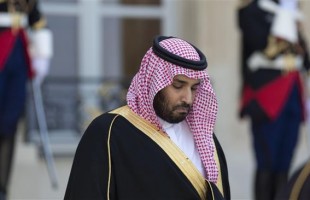 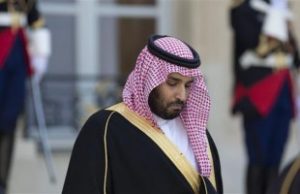 Crown Prince Mohamed bin Salman is due in Washington March 19 for his first visit to the USA since he became heir to the Saudi throne while American diplomats express concern over the absence of US ambassador in Riyadh to oversee relations between the two historic allies.

The much expected trip to end on March 22 will follow the Crown Prince’s meeting with Prime Minister Theresa May in London on March 7. His international tour will also take him to France.

The visit to Washington and de facto meeting with President Donald Trump has not been detailed, AFP notes after receiving confirmation of the trip from a Saudi source.

The new heir to the throne met with President Trump in Washington shortly before the US leader’s inauguration. Trump also chose the kingdom for his maiden international tour.

Ties between the two countries grew stronger under Trump who also boasts for installing the Crown Prince, the New Arab reports citing Wolff’s publication Fire and Fury: Inside the Trump White House.

Trump hailed the Crown Prince’s ascendance to power and his months-long crackdown on the kingdom’s business tycoons, top officials and rival princes in the so-called war on corruption.

The Saudi royal was disdainful of Trump’s predecessor Barack Obama for being cozy with Iran, Saudi Arabia’s arch regional rival, and for endorsing the 2015 nuclear accord, which brought Iran back in the international community.

The announcement of the 32-year old Crow Prince’s visit to Washington takes place at the time US diplomats and analysts are concerned over the existence of complete blackout in relations between the US and the most powerful Arab country, London-based Middle East Eye reports.

The US embassy in Riyadh has been without a tenant since Trump’s inauguration. Jordan, United Arab Emirates (UAE), Qatar, Egypt, Turkey and Morocco, all key US Arab allies have had no US head of mission.

“It’s madness to try and conduct complex diplomatic maneuvers like offering a peace plan, managing our deployments in Syria and increasing pressure on Iran without ambassadors in almost any of the capitals of our key allies in the region,” former US ambassador to Israel under Obama told the London-based media.