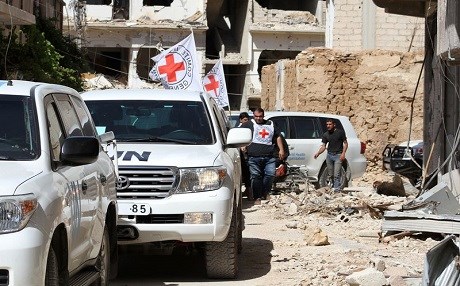 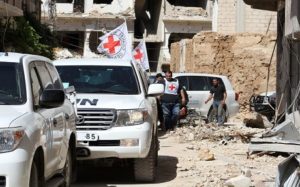 President of the International Committee of the Red Cross (ICRC), Peter Maurer, deplored the lack of interest and support for mutual and impartial humanitarian access to Syrian people urging European and Gulf States to spend more to help the war-torn country.

Speaking at the recently held Munich Security Conference, Maurer called European and Gulf states to help with the Syrian refugee crisis, the biggest since the end of World War II, Maurer said.

“I would appreciate more assistance from many countries including from the United States, although in terms of the ICRC and some other agencies, the United States is very much among the largest donors,” he said.

According to the United Nations, more than 6 million people remain displaced inside Syria and 5.48 million have fled to other countries since the start of the conflict.

The ICRC is helping both people inside Syria, who are facing extremely difficult conditions because of the conflict, and the hundreds of thousands of Syrian refugees in Jordan, Lebanon, and Iraq.

In cooperation with the Syrian Arab Red Crescent (SARC), The ICRC is distributing food and other essentials, restoring water supplies, and supporting medical services.

The ICRC is an independent, neutral organization ensuring humanitarian protection and assistance for victims of armed conflict and other situations of violence.