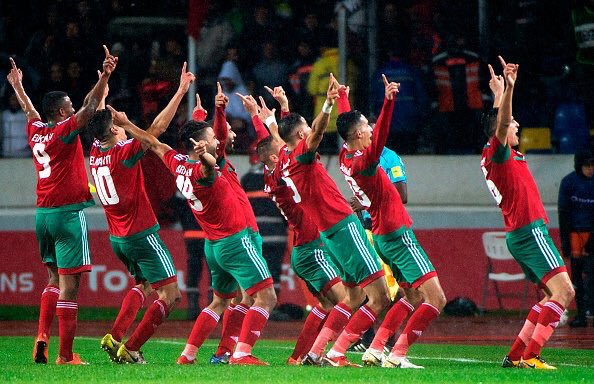 Under a heavy rain in a stadium attended by thousands of Moroccan and African supporters, Morocco’s Zakaria Hadraf scored just before the break with Nigeria’s Peter Eneji Moses sent-off for a second yellow card just after.

Walid El Karti and Hadraf – with his second – added to Morocco’s lead in quick succession on the hour mark.

The fourth goal was scored by Ayoub El Kaabi, adding a ninth goal to his register in the CHAN tournament.

At the end of the match, Crown Prince Moulay El Hassan headed to the field of the Mohammed V sports complex to hand the trophy of fair play to the Moroccan team

Following this victory, King Mohammed VI congratulated the Moroccan team in a message saying that he watched the game “with joy and pride.”

The Sovereign also welcomed “the good organization of this event, which has contributed to offering a good football show to the spectators who have enriched with their distinguished presence and enthusiastic encouragement the competitions of this continental sports event.”

CHAN is the African-home based version of CAN. It is open only to players who play in their home countries unlike CAN which features players from leading European teams.