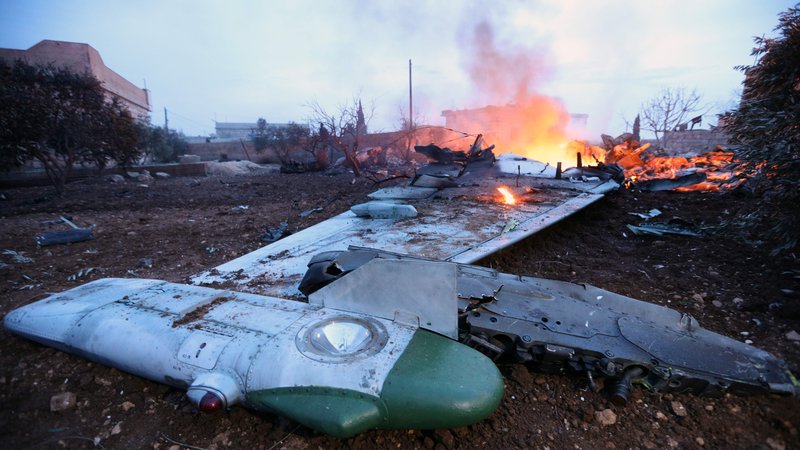 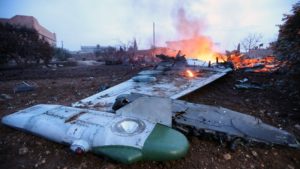 Syrian rebels shot down a Russian warplane and killed its pilot on the ground after he ejected from the plane, Russia’s defense ministry and Syrian rebels said.

The SU-25 came down in Syria’s northern Idlib province that has seen heavy air strikes and fighting on the ground between government forces backed by Russia and Iran, and rebels who oppose President Bashar al-Assad.

Tahrir al-Sham, or HTS, a powerful rebel alliance that publicly split from al-Qaida last year, claimed responsibility for downing the Russian jet saying that it had used a man-portable antiaircraft system to shoot down the Su-25 fighter jet as it flew low over the opposition-held town of Saraqeb.

The rebels released footage on social media that purported to show the wreckage of the plane and the body of the pilot surrounded by fighters.

The area where the plane was shot down is controlled by several different rebel groups including Free Syrian Army (FSA) and Turkish backed forces as well as Tharir al-Sham.

TASS news agency quoted the Russian Defense Ministry as saying Moscow retaliated with a strike from an undisclosed high-precision weapon that killed more than 30 militants in an area of Idlib province where the plane was downed.

The US State Department said it had seen reports about the incident and allegations that the United States provided missiles to groups in Syria.

“The United States has never provided MANPAD missiles to any group in Syria, and we are deeply concerned that such weapons are being used,” State Department spokeswoman Heather Nauert said.

With the help of Russian forces, the Syrian government has managed to take back much of the country held by rebels. The regime has launched an offensive to retake Idlib, the only province that has come under full rebel control in the nearly 7-year-old conflict.