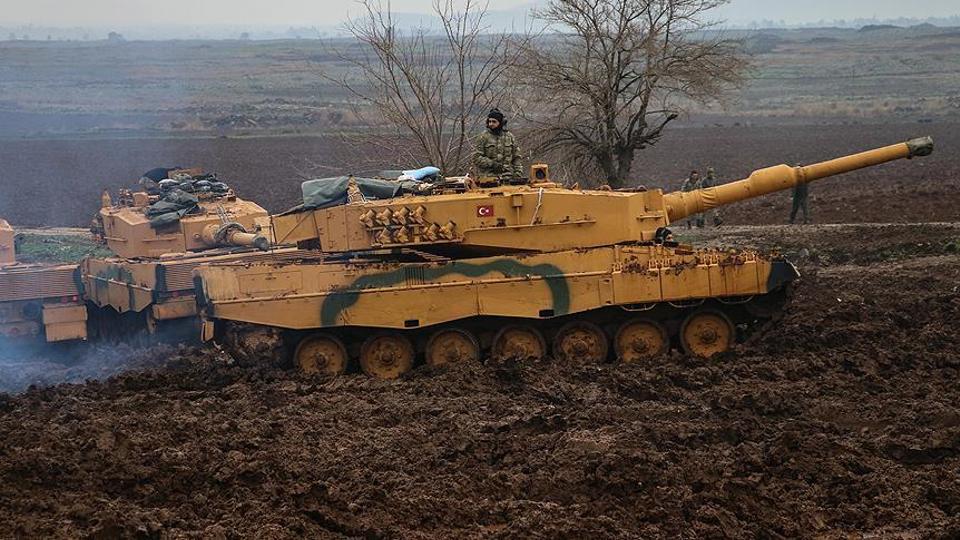 Turkey has suffered the deadliest day since the launch of the Olive Branch Operation to crush the Kurdish militias in Afrin. Eight Turkish soldiers died in the military campaign including five who died in a single attack on a tank, Turkey’s army has said.

The assault on a Turkish tank on Saturday, details of which were not disclosed, was also the single deadliest attack on the Turkish military of the offensive that aims at destroying the Kurdish YPG fighters, labeled by Turkey a terrorist group affiliated to the PKK fighters.

The total death toll for Turkish troops since the launch of the operation on January 20 now stands at 13 proving no easy victory for the Turkish army in the face of the battle-hardened Kurdish troops.

A Syrian Kurdish health official said on Saturday that 150 civilians had been killed and 300 wounded since the start of the Turkish operation.

Turkey has vowed to continue the operation and expand it eastwards towards the area of Manbij with the aim of pushing the YPG fighters east of the Euphrates river.

In the YPG front, 900 Kurdish fighters were so far killed media reports said although it is not possible to verify the figures.

Thousands of people have been displaced by the Turkish-led offensive that also involves about 10,000 Syrian rebels of the Free Syrian Army (FSA).