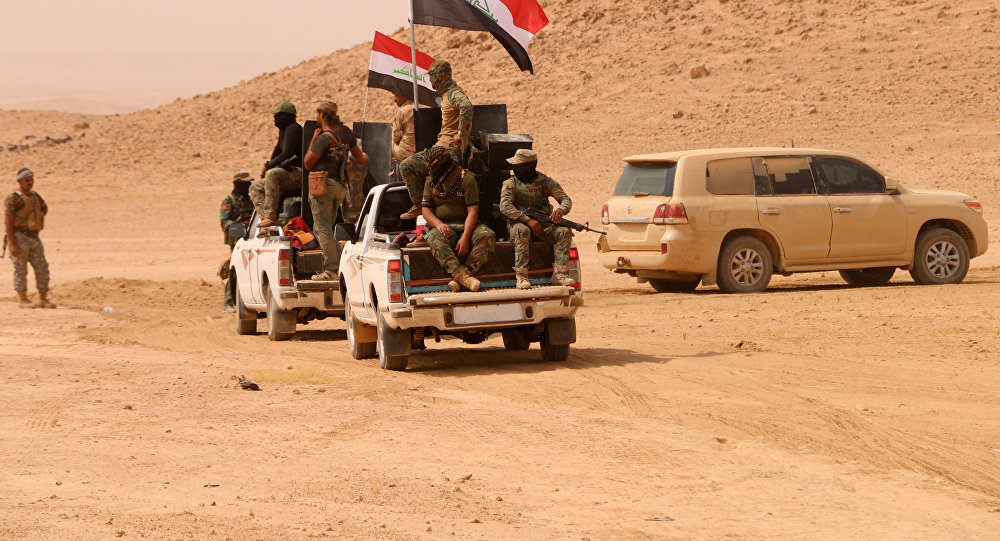 The Iraqi army launched a combing operation in Anbar’s deserts towards the Saudi borders to clear the area of remaining ISIS elements.

Iraq announced the end of IS in Iraq last December after a military offensive that ousted the terrorist group from its strongholds in predominantly Sunni areas.

He said tribal fighters and US-led coalition warplanes were taking part in the offensive.

Meanwhile, Iraq’s Joint Operations Command said that the forces were conducting an operation based on “accurate intelligence about the presence of a terrorist leader, Karim Afat Ali al-Samirmd, in one of houses in [Anbar’s] al-Baghdadi District to meet with a terrorist cell.”

The vast Anbar desert areas in the province are the last refuge of the ISIS militants in Iraq after troops and paramilitaries ousted them from both valleys and all urban areas.