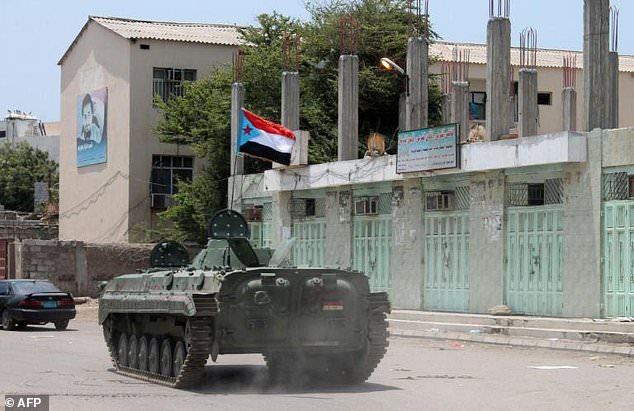 At least 15 people were killed in Yemen’s interim capital, Aden, as fighting intensifies between forces loyal to the internationally recognized government and the UAE-backed southern separatists.

Aden’s streets were empty except for tanks and armored vehicles as deadly clashes continue between forces loyal to Yemeni President Abd Rabbu Mansour Hadi and the separatist Southern Transitional Council, backed by the United Arab Emirates.

Forces loyal to the Southern Transitional Council (STC), which was formed last year to push for the revival of the former independent state of South Yemen, were apparently trying to wrest control of the two bases from Prime Minister Ahmed bin Daghr’s government, media reports said.

“The military commanders leading the battle in the western part of Yemen have given short notice to Saudi and UAE to intervene to end the fighting in Aden. Otherwise they will leave the battlefront and move back to Aden to assist President Hadi and the government,” a government source said.

Yemeni Prime Minister Ahmed bin Dagher described the violence as an attempt by separatists to stage a coup, as they managed to take control over the government headquarters in Aden.

“They are moving militarily, setting up new military checkpoints and attacking camps of the [government] ….,” Ahmed bin Dagher wrote in a message on his Facebook page, referring to southern fighters under the separatist Southern Transitional Council, or STC.

“This is a serious matter and the coalition and Arabs as a whole must move to save the situation. The matter is in their hands and the hope, as we see it in the government, is on the Emirates,” he said.

Some observers of the situation believe that the solution to tension in Aden is not in the hands of the Yemenis but rather in the hands of members of the Saudi-led coalition, as Saudi Arabia supports Hadi and the UAE supports the Southern Council.