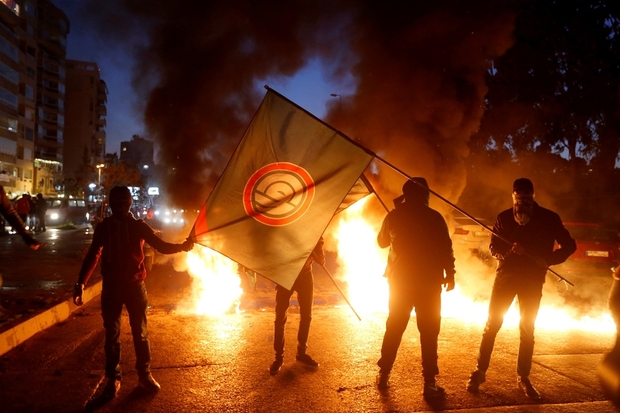 Tensions have gripped Lebanon again as the country is on the way to May elections after supporters of Speaker of the Parliament Nabih Berri, close to the powerful movement Hezbollah, protested Monday night at comments by Foreign Minister calling Berri a ‘thug’.

Bassil, according to reports, accused, at an election rally, Berri of deepening sectarian divisions and preventing Shia expatriates from attending events organized by the Foreign Minister during a visit to west Africa.

“This is a thug, not a speaker of the parliament,” Bassil said in the leaked video broadcast by Al Jadeed TV on Sunday.

Furious Berri’s supporters blocked roads, vowed their support to the Parliament Speaker and demanded apology from the minister.

Despite being all allies of the Shia movement, relations between Berri and Aoun have grown tense.

Tension has risen between the two since last month after Aoun signed a decree promoting dozens of army officers without the consent of Shia Finance Minister, Ali Hassan Khalil, one of Berri’s closest aides.

Berri lambasted the move arguing that the President has exceeded his powers at the expense of other sects, Middle East Eye reports.

Hezbollah has called for restraint to defuse the political crisis as the May critical elections are nearing.

The crisis is the most serious domestic political development that has erupted since the unexpected resignation of Prime Minister Saad Hariri last November, in a statement he read from Saudi Arabia.

Lebanese authorities accused Saudi Arabia of holding Hariri against his will. The Prime Minister returned to his country following France’s intervention.