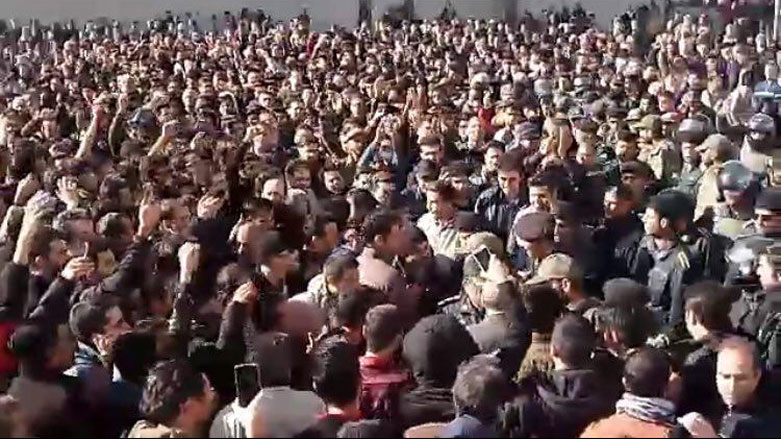 Iran has been shaken by the biggest anti-government protests in almost a decade with protesters chanting slogans against the leadership against the backdrop of economic hardship and corruption.

Anti-government manifestations continued for the fifth day in a row all over the country while 15 protesters are reported to have been killed in unclear circumstances.

Authorities have confirmed the death of a policeman after protesters attacked a police station in the worst wave of unrest since crowds took to the streets in 2009 to condemn the re-election of then-president Mahmoud Ahmadinejad.

The protests have put pressure on the clerical leaders in power since the 1979 Islamic Revolution. President Hassan Rouhani made a televised call for calm on Sunday, saying Iranians had the right to criticize but must not cause unrest.

Rouhani urged Iran’s political and military forces to speak with “one voice” to ensure the “[survival of] the political system, national interest and stability of our country and the region”.

The authorities said there would be “no more tolerance” towards any act of “sabotage” by protesters and vowed severe punishment.

The demonstrations started in the northeastern city of Mashhad last Thursday when crowds poured on to the streets to protest at rising prices and in frustration with Iran’s theocratic regime.

The protests eased back from the intensity of the weekend across the country even though in some small towns they turned violent. The atmosphere on the streets of Tehran, the capital, and other cities remained tense.

About 200 protesters have been arrested in Tehran, according to an official.