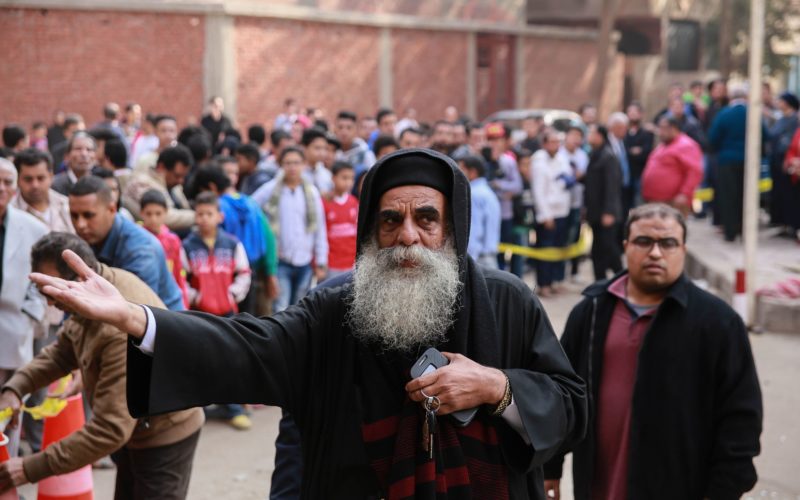 Despite the measures announced by the government to reinforce security around churches on christmas, an Egyptian Coptic church in Helwan and a Christian-owned shop near Cairo were attacked by a terrorist who killed at least 11 people on Friday.

The Islamic State claimed responsibility for the attack, which comes in a series of aggressions on Christian worship places in Egypt after two bombings on Palm Sunday in April and a blast at Cairo’s largest Coptic cathedral in December 2016 that killed 28 people.

The security sources said the attacker was a known terrorist and identified him as Ismail Ismail Mustafa, a 33-year-old metalworker and former resident of Helwan.

Egypt’s interior ministry has said it was deploying 230,000 security personnel to protect the country’s 2,626 churches.

In clips circulated on social media, the attacker is seen stopping only occasionally to fire at his pursuers in the Egyptian capital before being shot himself.

The videos, which emerged on Saturday, drew a flood of critical comments about the police’s handling of the shooting and ridicule of authorities for heaping lavish praise on officers.

Christians make up about a tenth of Egypt’s population. They have long complained of discrimination in the Muslim-majority nation and claim authorities have often failed to protect them from sectarian attacks.